Home Sports WAFU U-17: Golden Eaglets Draw 1-1 With Ghana, Qualification For Next Round... 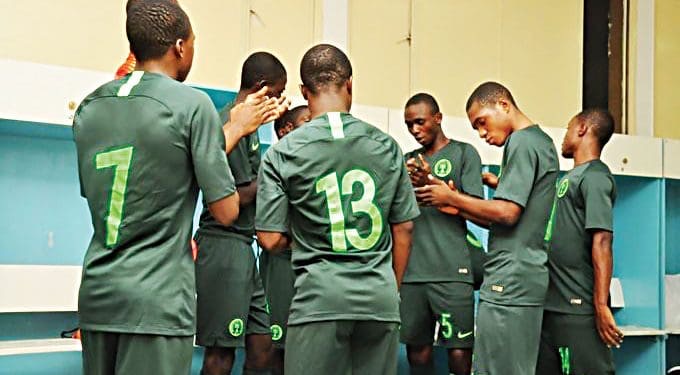 With the draw, Nigeria’s hopes of qualifying for the semi-finals of the tournament hangs in the balance, having lost 0-1 to Cote d’ Ivoire in their first match.

In the pulsating match against arch rivals Ghana, the Eaglets started the match on a positive note but ended the first half goalless.

The second half saw the Eaglets piling on pressure and were eventually awarded a penalty kick in the 77th minute, which was converted by Joseph Arumala.

READ ALSO: NIN Registration Process Will Be Reviewed If… —Minister

Ghana drew level almost immediately, after they were also awarded a penalty kick in the 84th minute which was duly converted.

Nigeria now have just one point from two games, same as Ghana with a game outstanding, while Cote d’ Ivoire are topping the group with three points.

Cote d’Ivoire must now beat Ghana by at least two goals for Nigeria to have any hope of progressing.(NAN)