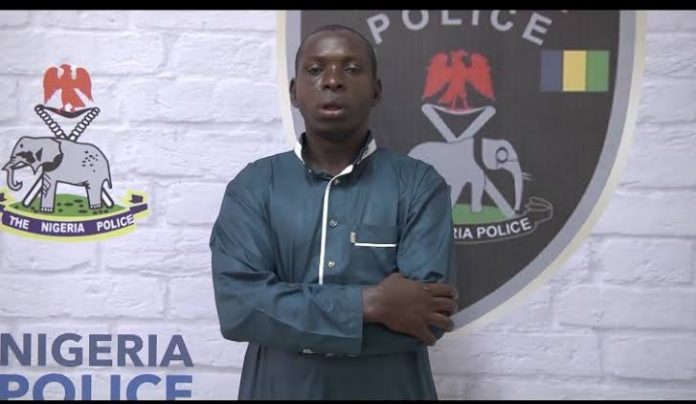 The All Progressives Congress (APC) has dismissed a statement by the rearrested kidnap kingpin, Hamisu Wadume, that the party paid him N13m for the 2019 presidential election.

Wadume was rearrested in Kano and paraded on Tuesday by detectives at the Police Force Headquarters in Abuja.

He has been in the middle of rife between the Nigerian Army and the Nigeria Police over the murder of three police operatives and two civilians by soldiers in Ibi town, Taraba State.

Some soldiers at the 93 Battalion Takum, Taraba State, had reportedly freed Wadume when he was being taken to the Taraba State Police Command recently.

Wadume had claimed in media reports on Saturday that he got N13m from the APC as campaign fund during the general elections, but that he spent only N7m.

However, the ruling party in a statement by its National Publicity Secretary, Mr. Lanre Issa-Oniru, on Saturday challenged the kidnap suspect to name his sponsors because it (the APC) would never allocate money to kidnappers and murderers.

The party said, “It is expected that the alleged kidnapper, having come face-to-face with justice, would throw whatever he could lay his hands on into the fray.

“In any case, our party did not have budget for thugs. Unlike the period when the ruling party dipped hands into the public treasury to fund political campaigns and elections, APC had to rely on its own resources.”

The APC said Wadume was a member of the Peoples Democratic Party going by his purported confession.

“Even if we had all the money, we would never allocate money to kidnappers and murderers. That era ended with the PDP.

“Perhaps, he can name whoever gave him money. Definitely, it was not the APC. From his purported confession, he claimed to be a PDP member before he went on to contest under another party,” Issa-Onilu added. (The Citizen)