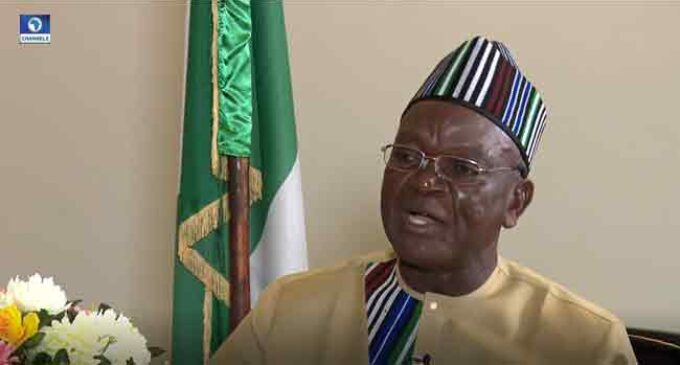 Gov. Samuel Ortom of Benue has said he will embrace the constitutional provisions concerning the Value Added Tax (VAT) whether they affect his State positively or negatively.

Ortom made this known in an interview with journalists on Friday in Makurdi.

He commended the Rivers and Lagos States governors for the step they had taken by domesticating the VAT law.

Ortom said he had already directed the Benue Attorney-General and Commissioner for Justice to study the law and tell him the implication or otherwise of it.

“I have asked the Attorney-General and commissioner for Justice to study the law and let me know its implication.

“I don’t think there is anything wrong in embracing the law as long as it conforms with the constitution, whether it affects states positively or negatively.

“I support the governors of Rivers and Lagos States for what they are doing.

“Anything that is in tandem with the rule of law I will accept, but if anyone thinks otherwise the best thing to do is to go to court.

“I heard they are in court and if the case is decided otherwise by the Supreme Court we will accept it,” he said.

He further said that zoning was what determined whether a party would win or lose an election.

The governor said that he was confident that his party, the Peoples Democratic Party (PDP) would get it right and win the 2023 election overwhelmingly to once again rule Nigeria.

He said that the party was repositioned to give Nigerians the needed freedom they desired, considering what was happening in the country recently.

“There is nothing the APC didn’t promise Nigerians in 2015, I was there but immediately they assumed leadership they did not keep to their promises.

“By October, we will hold our national convention in preparation for the 2023, elections and I believe this time we will get it right.

“I know, and Nigerians also know, that PDP is the only party that will provide them the freedom to exercise their rights without hitches,” he said. (NAN)