Legendary sprinter, Usain Bolt, has tested positive for the Coronavirus, according to Christopher Tufton, Jamaica’s Minister of Health and Wellness. 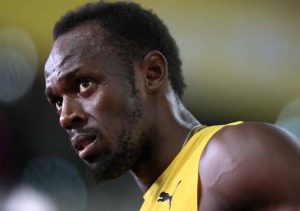 The Minister said he had been notified about his health status adding that there would be further interrogation as part of COVID-19 protocols.

The eight-time Olympic gold medalist tested positive after his 34th birthday party organized for him on Friday, reports said.

READ ALSO: Usain Bolt Retires From Football, says “It Was Fun While it Lasted”

He also showed a video of himself isolating at home on his Twitter page.

According to reports, he is not showing symptoms of the disease and has been said to be in a stable condition.

Bolt was also seen on video dancing with others without wearing a nose mask or observing social distancing during his birthday party, reports say.