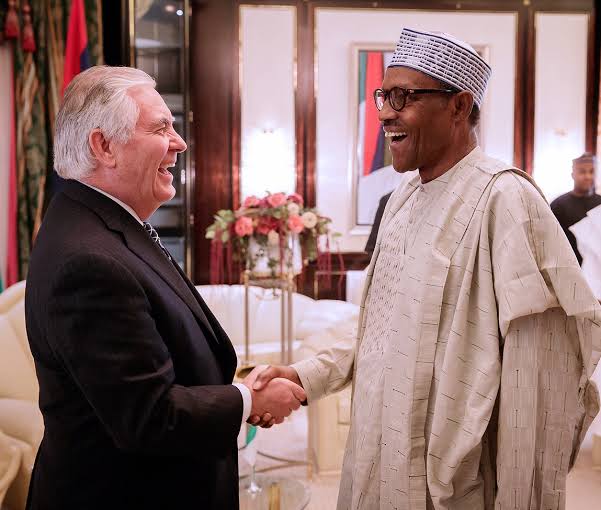 The United States government has imposed visa restrictions on Nigerians who undermined the country’s democratic process during the last general elections.

Recall that the 2019 elections were marred by violence, killings, alleged rigging and logistics problems.

A statement signed by spokesperson for the US department of state, Morgan Ortagus, which made the country’s decision known however did not give names of those sanctioned.

The statement said: “The United States is a steadfast supporter of Nigerian democracy. We commend all those Nigerians who participated peacefully in the February and March 2019 elections and have worked to strengthen Nigerian democratic institutions and processes.

“As Nigeria marks the twentieth anniversary of a return to democratic rule this year, we remain committed to working together to continue to advance democracy and respect for human rights and achieve greater peace and prosperity for both our nations. We condemn those whose acts of violence, intimidation, or corruption harmed Nigerians or undermined the democratic process.

“In a January 24 statement, the U.S. government said that we would consider consequences – including visa restrictions – for individuals responsible for undermining the Nigerian democratic process or for organising election-related violence. To that end, the Secretary of State is imposing visa restrictions on Nigerians believed to be responsible for, or complicit in, undermining democracy in Nigeria. These individuals have operated with impunity at the expense of the Nigerian people and undermined democratic principles and human rights.”

The department of state however, emphasised that the actions announced targeted specific individuals and not the Nigerian people or the newly elected government.

Also, in a tweet, Ortagus stressed that the US was committed to working with President Muhammadu Buhari to strengthen Nigeria’s democracy and respect for human rights.

@statedeptspox
The United States has imposed visa restrictions on those believed to have undermined the democratic process throughout #Nigeria’s 2019 elections. The U.S. remains committed to working with President Buhari to strengthen Nigeria’s democracy and improve respect for #HumanRights.