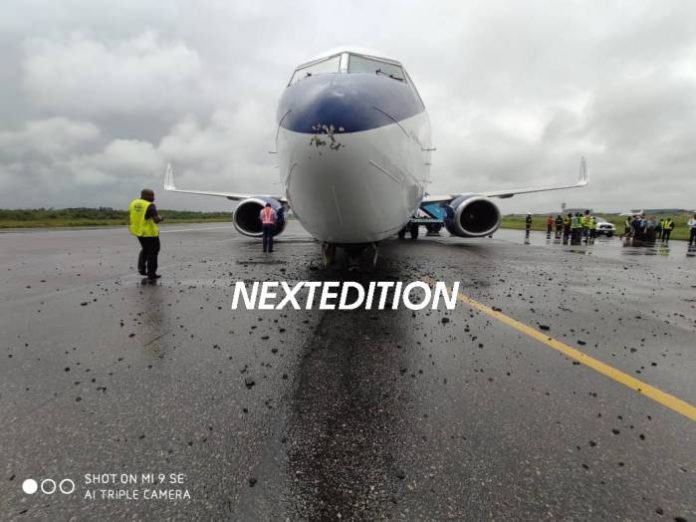 Air Peace Airline Pilot, Simisola Ajibola, Tuesday, averted what could have been another fatal mishap in Nigeria’s aviation history, The NEXT EDITION has found out.

The aircraft was said to have gone through relevant safety procedures before takeoff at the Port Harcourt International Airport with about 136 passengers and six crew members.

A total of 142 persons including the pilot were onboard the aircraft which almost ended in flames during an emergency landing.

This newspaper learnt that the landing gear of the aircraft malfunctioned just as the pilot got clearance to land.

A top aviation officer told this newspaper in confidence that while approaching Lagos, the aircraft encountered a mild turbulence that slightly shook it.

The source said being a normal occurrence, the pilot carefully manoeuvred through and sought permission to land.

“It was at that point the she might have found that the landing gear had malfunctioned and the only option was a forced landing,” the source said.

Aware of the danger of using the airport’s Runway 18-L, which is shorter and unsuitable under the circumstances, the pilot was said to have urgently requested clearance to use Runway 18-R.

Runway 18-R is said to be longer and located at the International Wing of the airport.

“As soon as she got clearance, she landed the aircraft with minimum damage to the fuselage but some passengers were seriously traumatised.

“It is normal practice to land an aircraft forcefully under factors outside the pilot’s control, such as the failure of engines, systems, components or weather which makes continued flight impossible,” the source said.

Our correspondent learnt the aircraft landed on its belly and in the process lost its front tyres. 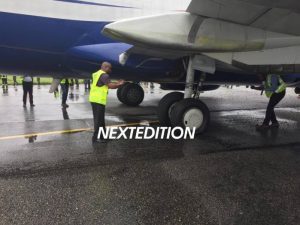 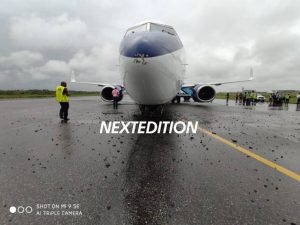 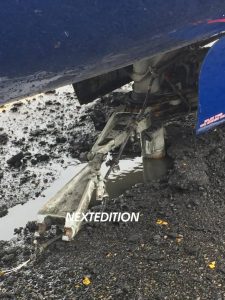 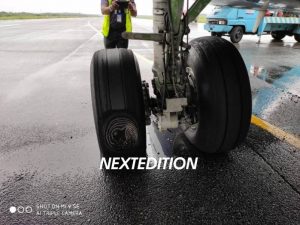 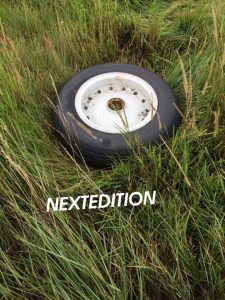 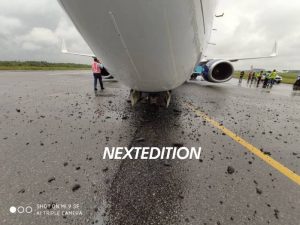 One of the passengers on the aircraft took to Tweeter to recount the experience.

With the handle @Ariellafitness, the passenger wrote, “As we arrived in Lagos on Air Peace, the pilot announced that we will be landing at the international tarmac because of visibility issues.

“Some minutes later, it seems the plane started to nosedive quickly. But the pilot applied control, it picked up speed and then bang!

“We dropped from the sky to the hard ground and the ceiling of the plane dropped, children were crying.

“The pilot informed that she can’t estimate the damage, however, that the plane lost its both tyres.

“That she had signalled for an evacuation. She kept working hard, though unsuccessfully, to calm the agitated.

“They said they were waiting for the tow truck to tow the vehicle from the international tarmac to the local.

“I got my inhaler as we awaited emergency rescue. They came 52 minutes later. Nigeria’s response time!

“We for ‘don burn finish’ if not for God! Praise God for us. He averted what could have been a tragic plane crash.”

The spokesperson of the Federal Airports Authority of Nigeria (FAAN) Henrietta Yakubu, while confirming the incident denied rescue officials delayed evacuating the passengers.

She said officials of the Accident Investigation Bureau (AIB), have been deployed to the site of the accident.

“AIB officials have been deployed to the scene and we are still waiting for the details,” she had told journalist, Tuesday afternoon.

However, a tweet by the AIB had indicated that no life was lost and also confirmed its investigators were on their way to the site of the accident.

Given the situation, it said the pilot demanded to land on the international runway which is longer and wider than the domestic runway.

“After landing safely and rolling to the runway exit, the nose gear developed a problem and partially collapsed.

“The crew notified the airport authorities who quickly ensured the safe disembarkation of the passengers,” the airline said.

Ajibola, who joined Air Peace in February 2017 as a Senior First Officer (SFO), was decorated the airline’s first woman pilot on July 3, 2018.

She is from a family of pilots, the father and four brothers, three of whom are with Air Peace.

Forced landing is made by an aircraft under factors outside the pilot’s control, such as the failure of engines, systems, components or weather which makes continued flight impossible.

Apart from pilot error, experts at DVI Aviation have listed some of the common mechanically related causes for aircraft landing gear failures to include:

· Use of non-standard or unapproved parts

· Failure or fatigue of parts

· Down locks failed to engage

· Wheels jammed or hung up in wheel wells

· Retraction of landing with tow bar 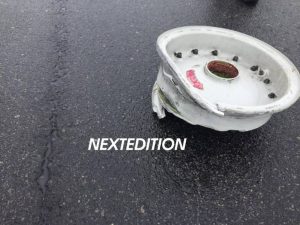 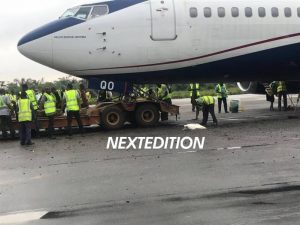 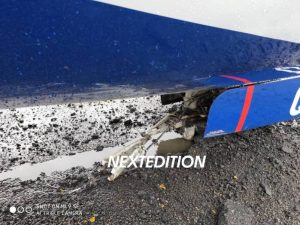