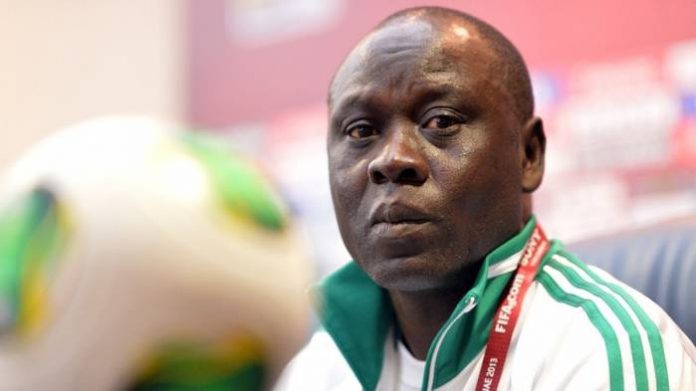 The Nigeria Football Federation, NFF, has dismissed Golden Eaglets coach, Manu Garba following the team’s loss to Netherlands in the round of 16 at the on going FIFA U-17 World Cup in Brazil.

Earlier on Wednesday, the team lost 3-1 to the Netherlands side which managed to qualify as the third-best team from their group.

The defeat may have come as a slap to the face of the football body because Nigeria qualified as group B leaders, winning two and losing one against Australia.

Garba, who has handled the Golden Eaglets job twice, in 2013 and 2015, before his sack, was criticized for failing to maintain the players that defeated Hungary and Ecuador respectively in the opening two matches.