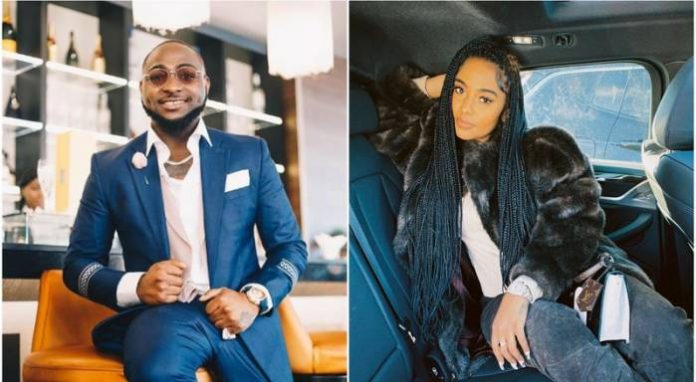 Twitter Nigeria has been on meltdown after loved up photos of celebrity artiste, Davido and IG model, Mya Yafai, surfaced online.

The pictures were reportedly taken at a party in the United States and the two were seen being cozy with each other, even sharing a kiss.

Many Nigerians are disappointed with the singer for treating his fiancee, Chioma, in such manner.

Chioma is also trending on Twitter as everyone is sharing their opinions on what they think is going on.

The singer and the American model sparked relationship rumours earlier this month when they were spotted holding hands at an outing in St. Martin.

She was also rumoured to have visited him in Lagos and Ghana earlier in the year.

The model has since deactivated her Instagram account and deleted her pictures after the photos went viral.

Davido and his fiancee, Chioma, are blessed with a son and have been in a relationship since 2018 after the singer made it known.

He proposed to her in 2019 and also did their introduction ceremony that same year.