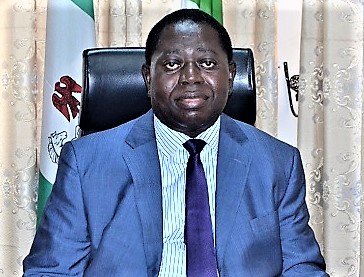 “Mr. Lawal was a nice and easy-going person. I know this because I had worked closely with him and Dr Akpan on a number of assignments for almost four years; and been on about eight foreign and nine local trips together between 2016 and 2019 while at the Ministry of Budget and National Planning. The news of his demise was therefore like a sharp arrow piercing through my heart. It was why Dr Akpan wept like a baby. It was why Senator Udoma was shocked when he was told. It was why the former permanent secretary closest to him, Mr Sampson Odewale felt bad that it happened just at the eve of his retirement.”

On Friday night I was trying to catch up with the latest on the US Presidential Election which had put interested parties on tenterhooks since last Tuesday, so I went to bed late. I woke up unusually late the following day, Saturday November 7, about 6.45, and walked towards the rest room. Just as I picked up the toothbrush, I heard my phone ring. I quickly rushed back to the cabinet by the bedside where I left it. Dr Usenobong Akpan was on the other end. Dr Akpan was the Technical Adviser on Macroeconomic Analysis to Senator Udoma Udo Udoma while Minister of Budget and National Planning. I was then the Special Adviser onMedia and Communication. We served together between 2016 and 2019.

I hailed him as usual, but his response was unusual. How you dey now? I asked. His response was a burst of sobs. What’s the problem Usen? I was alarmed because he is such a strong-willed young man. “It’s Tunde Lawal,” he said; by this time he was really crying. “Yes, what about him,” I asked. “Tunde Lawal is dead o!” he was becoming hysterical. There was silence from my end. Grief enveloped me. Tunde, dead! “Was he ill?” I managed to ask after I had found my voice. “Yes, he was, for some time; and arrangements were being made to fly him abroad for treatment when he eventually gave up the ghost.” Chills ran down my spine. I did not know what to say again! Dr Akpan was still sobbing on the other end.

Mr Lawal was a workaholic and he found a soul-mate in Dr Akpan who will never leave any work undone. Mr Lawal was then the Director of Macro-economic Analysis Department in the Ministry and both were always working on every special/critical assignment directed by the Minister. I was always in the team to lend support and the three of us were always with the Minister whenever he travels, whether within the country or outside; so there was a very close relationship between us in the office and outside.

Whenever the Minister wanted any assignment well done, Mr Lawal was at the head of it,whether or not it had anything to do with macroeconomic issues. He was very knowledgeable in every field as far as the Ministry was concerned and was usually the last man to leave the office daily; even at weekends. He hardly leaves any work overnight on his table. A number of staff dreaded working with him directly because it would mean always going home late.He was so dedicated to his job that the Minister would need him to look at some jobs or seek his advice before clearing them. Throughout the four years of the Minister’s tenure, Mr Lawal was always acting whenever the Permanent Secretary was not on seat.

Because of his dedication to duty, the Minister was always praying that he be rewarded as soon as possible with a promotion to the rank of a permanent secretary. So when he took the qualifying examinations in 2017, the Minister did all within his power to ensure that he gets it. When the Minister got information that Mr Lawal did not make the list of new permanent secretaries because it was strictly based on the result of the examination and availability of vacancy in the state of origin of the candidate, he felt very bad throughout that day. He did not even know how to break the news to Mr Lawal when he got the information from privileged sources. Mr Lawal eventually got the news and was naturally demoralised; but he immediately put that behind and by 2019 he made it. He was subsequently moved to the Office of the Secretary to the Government of the Federation (SGF) as the permanent Secretary, Cabinet Office. I visited him in the new office and even though he was in a meeting with the SGF, he picked my call and insisted I should wait in his office for him as he would soon be through with the meeting. He did and we chatted for a long while before I left.

The last time I saw him physically was on February 12, 2020 at the residence of Senator Udoma at the Apo Legislative Quarters in Abuja. It was at a party to celebrate the conferment of Japan’s national honour on the former Minister by the Emperor of Japan. I noticed that he was slightly emaciated but I did not think much about it. He was a huge man – tall and slightly bulky. I assumed his new office must have taken a toll on him given his propensity for hard work. I did not even ask him about it. Thereafter we have been communicating on phone until about June when his phone would either not go or would ring unanswered. He would also not respond to text messages. I put it all to work; maybe he was very busy, even though unusual. Whenever he was busy at the time of the call, he usually would call back whenever he was free. I did not know that by that time the illness had taken a toll on him. He died in the early hours of Friday, November 6, 2020, just when he was looking forward to a blissful retirement after working so hard.

While in the Ministry, Mr Lawal was seen as a very strict but dutiful manager of men and resources. His painstaking nature, which is not common in the public service, made quite a number of persons see him as very hard and uncompromising. Some thought he was not friendly, but the truth is, outside work circles, he was one of the most interesting and accommodating persons; only that he does not joke when there is work to be done. I remember a number of times people will ask how I and Dr Akpan were able to cope with him, because we always worked together, travelled together and shared jokes, something he hardly did with others – the answer was always that if you make his job easy, he makes life easy for you also.

I can also readily recall when an International Development Management, Policy Monitoring and Evaluation Expert from the European Union, Lola Viseer-Mabogunje was on assignment in the country to supervise the EU-sponsored SUFIGOR Project and wanted to meet and brief Mr Lawal on her mission and expectations. She was told frightening stories about the man. She was told the man is a very difficult person and might not want to see her. She was to liaise with the Macroeconomic Analysis Department of the Ministry which was overseeing the project. I met her before then at the European Union Day celebrations, which I represented the Minister.
When she found it difficult to have access to the Director in the ministry to discuss her mission, she came to me. After listening to her story, I told her that I was certain Mr Lawal was not aware of her presence and mission. That if he was, he would attend to her immediately. I told her it might just be that some people in that Department who may not be comfortable with her mission, since it involves monitoring and evaluation, were the ones fencing her off by fabricating the tough-stance story about Mr Lawal. I took her to Mr Lawal’s office and the moment I mentioned her presence to him, he said I should usher her in. They worked together and Viseer-Mabogunje testified later about how useful Mr Lawal had been to her assignment and the success of the project.

Mr Lawal was a nice and easy-going person. I know this because I had worked closely with him and Dr Akpan on a number of assignments for almost four years; and been on about eight foreign and nine local trips together between 2016 and 2019 while at the Ministry of Budget and National Planning. The news of his demise was therefore like a sharp arrow piercing through my heart. It was why Dr Akpan wept like a baby. It was why Senator Udoma was shocked when he was told. It was why the former permanent secretary closest to him, Mr Sampson Odewale felt bad that it happened just at the eve of his retirement.

To say it was a terribly sad news would just be stating the obvious; and the fact remains that the public service has lost a thoroughly dedicated, resourceful and highly intelligent material. Mr Lawal was an Economist with strong bias in fiscal policy and strategic planning. He was an expert in planning and budgeting, budget-plan linkage; macroeconomic policy analysis and management. He coordinated, among other strategic assignments, the technical processeson the development of both the Strategic Implementation Plan (SIP) for the 2016 Budget of Change – a roadmap on key short-term macroeconomic and sectoral policies and programmes and the Economic Recovery and Growth Plan (ERGP) – a medium term economic plan for 2017 – 2020, developed for the purpose of restoring economic growth while leveraging the ingenuity and resilience of the Nigerian people. His personal development plan which started on May 28, 1964 effectively ended on November 6, 2020. May his soul rest in the bosom of the Almighty! 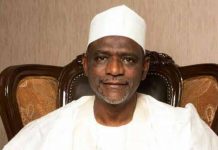 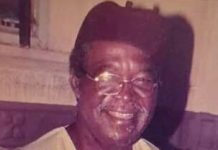