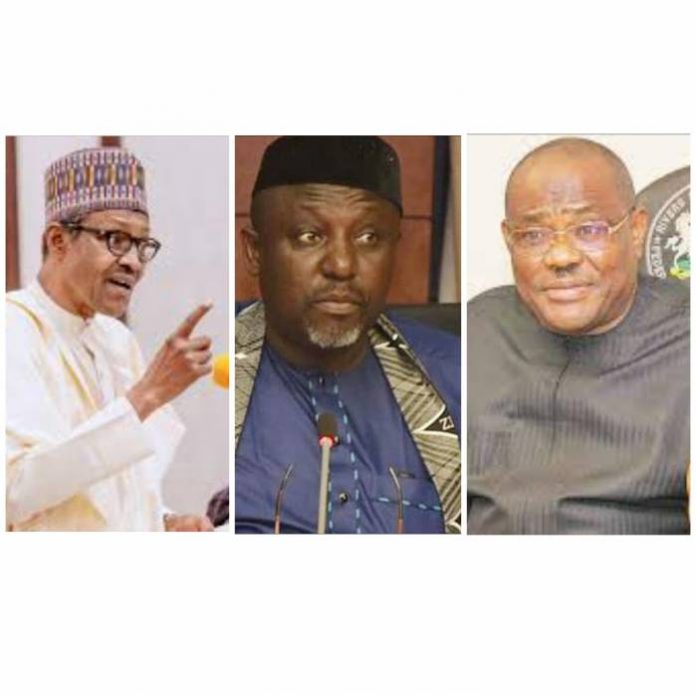 Rivers State Governor, Nyesom Wike has extended his congratulations to President Muhammadu Buhari on his victory at the Presidential Election Petition Tribunal, PEPT.

WIKE, an elected governor on the platform of the Peoples Democratic Party, PDP, conveyed his congratulations in a statement on Wednesday signed by his Special Assistant on Electronic Media, Simeon Nwakaudu.

Similarly, the immediate past governor of Imo State and Senator representing Imo West Senatorial District, Rochas Okorocha has also congratulated President Muhammadu Buhari on the validation of his election by PEPT.

He conveyed his felicitations through a statement issued by his Special Adviser on Media, Sam Onwuemeodo.

In his message, Gov. Wike urged Buhari to use his victory to work for all Nigerians, irrespective of their political leaning.

He also enjoined the president to work toward the unity of the country.

Okorocha in his own message described the President’s victory as being for all “lovers of democracy in and outside the country as it signifies a light at the end of the tunnel for Nigeria’s democracy.”

He posited that the victory would encourage the president to work harder for the unity, progress and peace of the nation, without the distractions of the case.

Okorocha also commended the panel of justices of the tribunal for “doing a good job and making the nation proud,” and Atiku Abubakar for “giving a good account of himself and for his contributions to the nation’s democracy.”

The PDP and its candidate, Atiku Abubakar, had challenged the re-election of President Buhari insisting that they won the Feb. 23 election.

They had also challenged the academic qualifications of Buhari to contest for the office.

However, in the judgment delivered on Wednesday, Justice Mohammed Garuba dismissed all the petition.
He held that Buhari was eminently qualified to stand election as President of Nigeria and that he was duly returned as President.