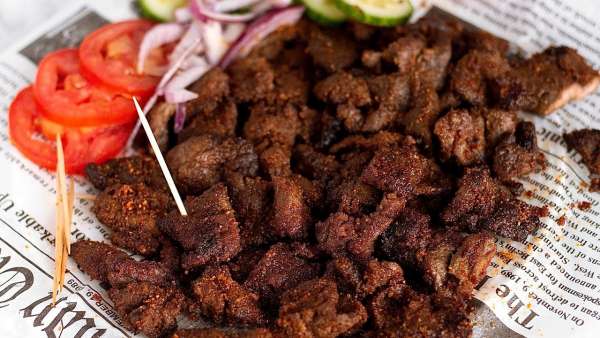 Tragedy struck Umueze, Umuakanu community in Umuahia North Local Government Area of Abia State yesterday when no fewer than seven persons from the same family died after eating the popular barbecue known as suya with an undisclosed juice.Father of the house whose name was given as Mr. Jessey who had gone out earlier in the day, was said to have bought the suya from where all the family members, including four extended family members who came on holidays, ate.
It was gathered that trouble began for members of the family when few minutes after eating the suya suspected to have been poisoned, started vomiting.
A source told Daily Sun that before any help could come the way of the family members, they were all dead, expect the wife of Mr. Jessey, Mrs. Ogba Jessey.
While one of their son’s survived because he was at school and could not partake in the eating of the suya, Mrs Jessey is said to be unconscious and is receiving treatment at the Federal Medical Centre, Umuahia and she was unaware that other members of the family were dead.
READ ALSO : Former BBNaija Housemates, Khafi, Gedoni Welcome Their First Child
The deceased have been deposited in the morgue while the surviving victims are currently receiving treatment.
Another report says that the Abia Police spokesman, SP Geoffrey Ogbonna, had confirmed the incident when contacted.
According to the police source, the bodies of the deceased have been deposited at the morgue for preservation and possible autopsy.