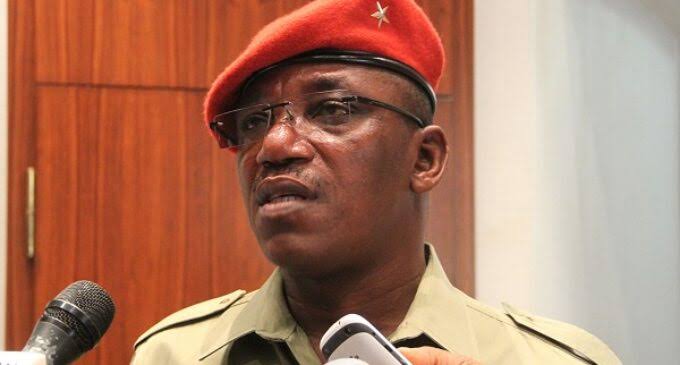 Mr. Solomon Dalung, a former Minister of Sports, has accused the Sports Ministry of bringing shame to Nigeria at the ongoing Olympics games in Tokyo, Japan.

The ongoing games go into record as Nigeria’s worst outing at the Olympics.

Few days to the end of the games, Nigeria only has two medals – a silver and bronze – to show for its appearance.

Beside this, the Nigerian team has experienced different setbacks such as the disqualification of 10 athletes, shortage of kits, row over phones and most recently, the termination of PUMA contracts.

Speaking when he featured on an ARISE TV on Friday, Dalung faulted the dissolution of the boards of federations less than three months to the 2020 Olympic Games.

Sunday Dare, his successor, had dissolved the boards in April.

“I think the dissolution of boards. It is a lack of patriotic political will to consolidate on the gains on the ground.

“When I was the minister, I continued from where my predecessor ended. When we get to the field, we built on previous successes and Nigeria did very well.

“Dissolving federations three months to Olympics is an indication that we are not prepared for Olympics. No general dissolves his troops on the eve of an attack and expect to win a war. The dissolved boards have trained and catered for the athletes for more than two years. Crises are part of human existence, the management is what determines the quality of leadership. I inherited many crises, but I resolved them.

“Leadership is about taking responsibilities. When things go wrong, somebody has to be responsible. The entire drama of shame is avoidable. This is a shame that the country has found itself.”