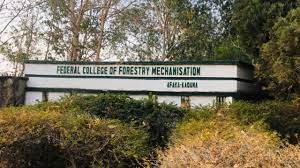 The Kaduna State Government has announced the release of five out of the 39 students kidnapped from the Federal College of Forestry Mechanization in Kaduna.
The students, 23 female and 16 male, were abducted from their hostel on March 11, 2021.
According to a statement issued in Kaduna on Monday by the state Commissioner for Internal Security and Home Affairs, Samuel Aruwan, the five students are undergoing medical checks.
READ ALSO: Tension In Imo As Seven Suya Sellers Killed In Two Days
‘The Nigerian military has informed the Kaduna State Government that five of the many kidnapped students of the Federal College of Forestry Mechanization, Afaka, Kaduna were recovered this afternoon.
“And are presently in a military facility where they are undergoing a thorough medical check-up.”
Details on their release was not provided, but the government said it would provide update on the development.