Home Sports Tokyo 2020: D’Tigers Of Nigeria Out Of The Olympic Games 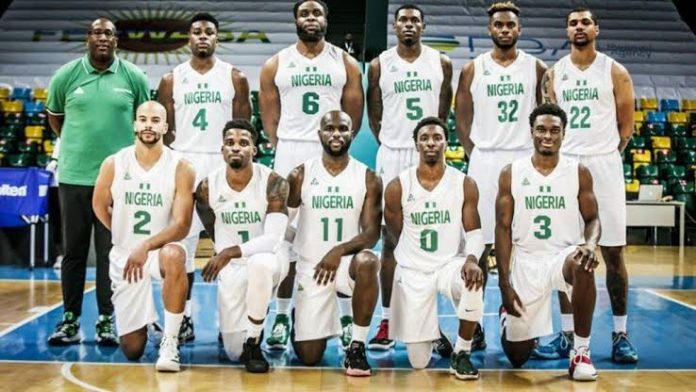 Nigeria’s D’Tigers are out of the basketball event of the Olympic Games after losing to Italy 80-71 on Saturday in Saitama.

It was the third loss in a row for the African champions, following earlier defeats to Australia and Germany.

Chimezie Metu scored 22 points and Jordan Nwora added 20 for Nigeria. Jahlil Okafor scored 14 for Nigeria, who were at the Games with a team comprising entirely of Olympic debutants.

D’Tigers opened the summer with exhibition wins over the U.S. and Argentina in Las Vegas but went no further in their first Olympic appearance under coach Mike Brown.

Nigeria led 63-56 after three quarters and saw the lead grow before the play even resumed. Italy’s Michele Vitali got a technical for trying to slap the ball away before it was inbounded to start the fourth quarter, so before the 10-minute clock even started Nigeria’s seven-point lead increased to an eight-point edge.

Nigeria didn’t score for nearly seven minutes from there, and Mannion’s wide-open 3-pointer with 29.9 seconds left sealed the win for Italy

Italy, meanwhile, are headed back to the Olympic quarterfinals.

Nicolo Melli scored 15 points, Nico Mannion had 14 and Italy used a 14-0 run in the fourth quarter to rally and beat Nigeria in the Group B finale for both teams at the Saitama Super Arena.

Achille Polonara added 13, Simone Fontecchio scored 12 and Stefano Tonut finished with 10 for Italy. The Italians will finish either first or second in the group; the final standings won’t be decided until the Germany-Australia game later Saturday.

Either way, the Italians will play again on Tuesday. It’s the fifth consecutive Olympic appearance in which Italy have reached the quarterfinals, the most recent of those coming in 2004 when it won the silver medal at the Athens Games.