Home Opinion TIMAAS: When Indiscipline Fights Back In Aba 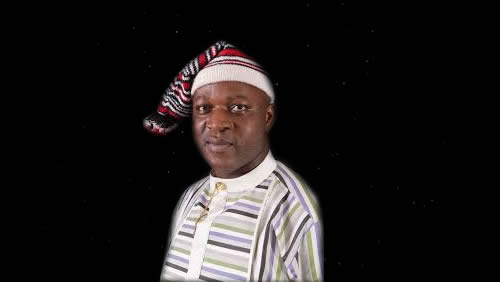 Traffic and Indiscipline Management Agency of Abia State, (TIMAAS) was set up by the Ikpeazu administration to help check acts of indiscipline at the major urban cities of Aba and Umuahia. The equivalent in Lagos is LASTMA while in Port Harcourt we have TIMA-RIV performing similar roles as TIMAAS in Abia and Aba in particular.

Those who know Aba, the commercial nerve centre of the South East region, before 2015 will readily attest to the high level of indiscipline ranging from improper waste disposal to indiscriminate parking of vehicles that narrow the few good roads and predispose innocent road users to all kinds of discomfort and even accidents.

In 2013, a medical doctor I know ran into a parked truck at night along the busy Azikiwe Road Aba and only God saved his life. He is still suffering from the aftermath of that avoidable accident till date.

Folks at Aba even use half of the existing good roads as mechanic workshops to fix broken down cars and heavy trucks without minding the effect of the oil on the roads, gutters and the environment. Not even newly reconstructed roads are spared by those who consider themselves above the law in Aba.

Ochefu Road was impassable for many years until Governor Ikpeazu fixed it and surrounding streets. Even before the road was officially commissioned, it was converted to a mechanic workshop with two third of the road blocked with vehicles undergoing repairs or simply using it as a garage for trucks.

It will surprise you to know that is only at Aba that you can enjoy your gala or okpa from PH to Abia and then throw the waste along a major road like Aba-Owerri Road without blinking an eye. It is also at Aba that you wait for rains and then come out and dump your refuse into gutters for rainwater to carry away from your house and deposit at someone else’s yard if the gutters are fully blocked, as was often the case.

In all this, the same people responsible for the messing up of Aba are the first to complain about flooded streets, poor road network, blocked drains and dirty streets.

They are the same people that will use the wrong side of the road and cause traffic glitches along major roads. Same folks are prepared to park their bad trucks along the road and refuse entreaties to tow them away to a proper workshop where they will be fixed.

In fact at Aba towing van leasing business is bad business because everyone fixes his vehicle on the road where it is spoilt. To such folks, why waste money to tow the vehicle away when you can inconvenience others and get away with it?

They actually don’t expect to be disciplined by anyone for any malfeasance and even a headmistress who owns a drinking joint is free to construct a makeshift toilet on top of a gutter along a major thoroughfare like Ikot Ekpene Road and expect everyone to clap for her and pat her on the back.

It was to correct those irritating and socially disruptive behaviours that the Government of Abia State, led by Dr Okezie Ikpeazu, decided to set up TIMAAS and Mr Bright Chinedu Ikeokwu (aka Osama) was appointed the pioneer Deputy General Manager in charge of Aba.

The state house of assembly duly passed and gazetted the enabling law for the operations of TIMAAS and defined offenses and punishments for contravention.

In the dead of the night on the 9th of November 2017 heavily armed men, later identified as SARS police officers from Abuja, stormed the home of TIMAAS DGM Bright Ikeokwu and whisked him away towards Abuja without as much as allowing him to call the Abia State Commissioner of Police or his family members.

While bundling Osama to Abuja, the policemen encountered a group of armed robbers around Lokoja and only the grace of God saved the unarmed Osama in handcuffs from being wasted in faraway Lokoja.

Of course by the time they got to Abuja the Governor of Abia State, Dr Okezie Ikpeazu, was informed of the abduction and he engaged the police authorities and ensured that Osama did not spend one second in detention for merely doing his job.

Why was Osama arrested?

In December 2016, TIMAAS wrote a transport company, Unik D Limited, (copied to Police Area Command at Aba) to remove their trucks and buses from Eziukwu road by Milverton as the vehicles were unlawfully parked and regularly repaired along that road in contravention of the traffic management law of the state. On receiving the letter, the Managing Director of the company, Chief Emeka Diwe, allegedly told the staff of the agency that there was no legal government in Abia state and hence nobody should trouble his operations.

On the 18th of January 2017, TIMAAS stormed Eziukwu Road by Milverton and removed 2 trucks and a bus belonging to UNIK D and served them necessary interdiction papers.

When Chief Diwe was informed, he refused to go and pay the less than N100, 000 fine but reportedly went to Aba Sports Club, where he is a member and told his friends that he will “show Osama and Ikpeazu” who he is. According to him, “Uche Ogah will soon become Governor” and he will retrieve his vehicles and punish Osama for daring to ask him to remove his trucks and buses from a road meant for the use of all Aba residents and visitors.

Note that the same Diwe later claimed that he makes more than N150, 000 daily from his trucks and yet refused to visit TIMAAS to pay a fine that was less than N100, 000.

On Sunday 19th of March 2017, another truck belonging to same Unik D Limited packed up and obstructed traffic along Aba-Owerri Road Aba. After almost 24 hours of obstructing traffic along the busy road, TIMAAS officials came to tow the truck away to allow free flow of traffic but they were attacked by workers of Unik D who were purportedly repairing the vehicle on the busy road. Ultimately the vehicle was towed to TIMAAS park and appropriate papers served to the company and copied to the police.

Even after those incidents, in July 2017, the same company allowed their Scania truck to block Aba-Owerri Road for 3 days and were fixing the truck on the road before TIMAAS operatives came and removed it to their park and fully notified the company and police.

Of course Governor Ikpeazu won at the Supreme Court, contrary to the expectation of Chief Diwe, but rather than go to TIMAAS and negotiate the release of his trucks and pay appropriate fines, he decided that he knows enough senior police officers at Abuja and media men to rattle TIMAAS and “show Osama and Ikpeazu”.

First the area command of the police at Aba invited TIMAAS and they went and presented the facts including letters and interdiction papers sent to Unik D as well as copies of the state law setting up the agency.

When the attempt to “lock up” Osama failed, the same man petitioned AIG of Zone 9 Umuahia and Mr Bright Ikeokwu was summoned. Attempts were made to satisfy Chief Diwe by locking him up and I personally had to sign the bail bond for him to go home after engaging the relevant official at the AIG’s office.

While we were at the police station negotiating the bail, Chief Diwe was at Aba Sports Club celebrating “the locking up of Osama” who incidentally is also a member of the club. He was still celebrating when Osama arrived from Umuahia and went straight to same club.

Obviously Chief Diwe was not inclined towards paying the fines and deploying his vehicles to make “N150,000 per day”. Like every haughty “big man”, he wanted to have the satisfaction of “showing” Osama who he is. To him, his friend has certificate of returns and when he is sworn in he (Diwe) can destroy Aba and nobody will ask him questions.

The most annoying part of this whole saga is that when Osama was whisked away at night by the Inspector General of Police and his SARS boys, the same Chief Diwe called media men and dully briefed them on how he has finally locked up Osama. He allegedly beat his chest and said “ana enwe obodo enwe…anyi nwe Aba”.

When some diligent media men called me the morning after Osama was abducted to Abuja to enquire about his “imprisonment” I simply told them he was at Governor’s lodge Abuja. That was the truth because the visibly enraged Governor Ikpeazu intervened.

Amazingly none of the newsmen wrote about the real reason why indiscipline is fighting back against TIMAAS and Osama.

That got me thinking: are we all comfortable with impunity and indiscipline?

Many of my friends and kinsmen have called me to help them talk to Osama to release their vehicles arrested by TIMAAS. I observed that not even one ever denied doing the wrong thing. They only complained about the imposed fines.

In my mind, that simply says to me that TIMAAS is doing their work well.

My car was once impounded in PH and I paid a heavy fine to retrieve it. Since then I make sure I remain on the right side of the law with regards to road discipline. Even when rushing to official events at Aba I will never drive against the law or park indiscriminately because I am sure that if TIMAAS arrest me I won’t have the moral courage to ask them to tamper justice with mercy because I am blablabla. Being blablabla should actually compel me to obey the laws of our state and be a good example to others.

Finally, I think it is time for our people to stand up against indiscipline and impunity that are hurting all of us at Aba. Dispose your wastes properly, drive and park properly and obey the law. Nobody is above the law, regardless of political inclination or affiliation.

Even if your preferred politician becomes Governor one day, if he is a responsible leader, he will expect you to obey the laws of the land and conduct your affairs responsibly.

Who is the loser in all these? The trucks are unfortunately still parked and not making money for Unik D Limited. Osama and TIMAAS are continuing their jobs at Aba without let or hindrance. Common Sense is important even to big men who know IGP and media practitioners.