Home News Headline News The N3m I Gave Ex-NIHORT Director, Accountant Was a Loan Not Bribe... 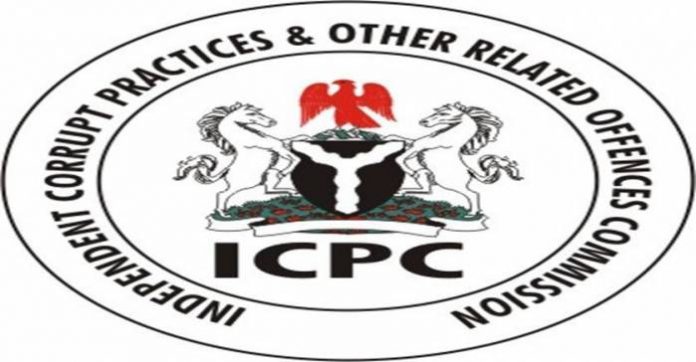 Mr. David Ikyobo, a Consultant, on Tuesday said the N3 million he gave the former NIHORT Director, Ademola Idowu and former Head of Account, Isiah Ajisafe was a loan he collected from them and not bribe.

Ikyobo stated this while being cross examined by the ICPC counsel, Mrs Mrs Faustina Karakaraye, before an Oyo State High Court sitting in Ibadan.

“I collected the loan from Idowu when I was unable to get money from the bank to execute a project awarded to me by NIHORT.

“The N3 million loan was given to me on a gentleman agreement and no written agreement was signed in respect of that,” he told the court.

The witness said that he paid back the money to Idowu through Ajisafe’s account immediately he was paid the full sum after executing the project for NIHORT.

“Only Idowu, Ajisafe and I knew about the loan. The NIHORT management was not aware of it,” he said.

The witness admitted that one of the conditions to be met before any project is awarded is for a contractor or consultant to have the financial capability.

He further admitted that he submitted all the required documents for the bidding of the  contract to NIHORT and the contract awarded to him on Sept.9,2008 with a two-week completion time frame.

After listening to the testimony, Justice Maruf Adegbola, adjourned the case until Feb.6 for adoption of final written addresses.

The ICPC alleged that Ikyobo and his company gave N3 million as kickback to the former NIHORT director and former Head of Accounts and Finance of NIHORT to be appointed as the institute’s consultant.

The commission alleged that  Ajisafe, a Chartered Accountant, being the Head of Accountants and Finance of NIHORT, received N1.2 million as benefit from Sterling Design and Associates Limited.

The Prosecution further alleged that Idowu, while serving as the Executive Director of NIHORT between 2008 and 2013, received N1.8 million as benefit from Sterling Design and Associates Limited.

The prosecutor alleged Idowu and Ajisafe conspired to transfer N5 million from the Personnel Emolument Fund of the institute to the Vegetable Development Company Account for the account opening.

The anti graft agency alleged that the defendants, being public officers, used their positions to confer corrupt advantage upon themselves, contrary to section 19 of ICPC Act, 2000.

The defendants pleaded not guilty to the charge and were granted bail.

Idowu and Ajisafe are also facing an alleged N124 million fraud case levelled against them by EFCC before Juctice Munta Abimbola of Oyo State High Court which has been fixed for Nov.28 for adoption of final written address. (NAN)