Tambuwal, who is also the Vice-Chairman of the NGF, said this on Monday when he swore in the new Grand Khadi of the state Sharia Court of Appeal, Khadi Tambari Usman, in Sokoto.

He explained that in his capacity as the chairman of the NGF’s committee that is mandated to interface with stakeholders, including the Speakers’ Conference on the matter, the governors were unanimous in supporting the autonomy.

“I assure you and the rest of Nigerians, who are having some concerns that governors are opposed to the financial autonomy of these institutions, that I am yet to see that governor that is opposed to the independence of either the legislature or the judiciary.

“As a former legislator, I am personally in support of the process.

“It is only a question of working on the framework, because the ‘Order 10 of Mr. President came up with a framework for the Judiciary, which excludes all the state legislature.

“And there are some states that are already having different frameworks.

“So, we need to harmonise and come up with a common framework that will work in the interest of these institutions,’’ he stated.

Tambuwal charged the new Grand Khadi to be upright and just in discharging his duty.

The governor said that since the inception of his administration, there had been a cordial working relationship with all arms of government in the state.

While congratulating the new Grand Khadi, Tambuwal assured him of the same gesture.

He also reiterated his administration’s commitment to providing an enabling environment and welfare for judicial officers in the state.

The Khadi Usman was born on July 31, 1955 in Binjin Muza town of Yabo Local Government Area of the state.

He started his working career with the judiciary on Aug. 1, 1988.

He was afterwards appointed as the Acting Grand Khadi. (NAN) 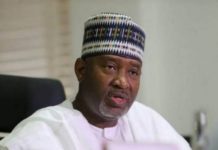 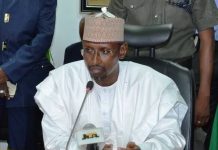