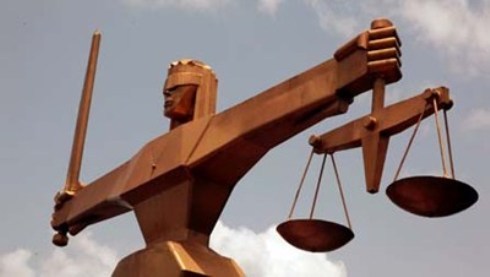 An alleged pipeline vandal, Kingsley Ibeto, disappeared from the premises of a Federal High Court in Lagos on Thursday, after arraignment.

He was brought before Justice Chuka Obiozor by the Nigeria Security and Civil Defence Corps (NSCDC), charged with unlawful dealing in petroleum product.

He had pleaded not guilty to a two-count charge on dealing in petroleum products without lawful authority before his disappearance without a trace.

The offences according to the prosecutor, Mrs Rita Ezeli, contravened Section 3(6) of Miscellaneous Offences Act, Cap. M17, Laws of the Federation, 2004, and punishable under Section 1(7) of the Act.

After his plea, his counsel, Mr. Babatunde Adeyanju, told the court that he had filed an application for bail, but the judge said the application was not in the court’s file.

Consequently, the case was stood down for the application to be brought properly before the court.

While his lawyer was dealing with the legal issues, the accused disappeared.

When the case was called for the hearing of the bail application, the accused was no where to be found to the consternation of his lawyer and the prosecution.

Efforts by his counsel, Mr. Adeyanju, to reach him on phone proved abortive as the accused did not answer the calls.

After all efforts to locate him failed, his counsel, thoroughly subdued , prayed the court to adjourn the case to enable him “fish out the accused.”

Justice Obiozor, adjourned the case until August 28, for hearing.