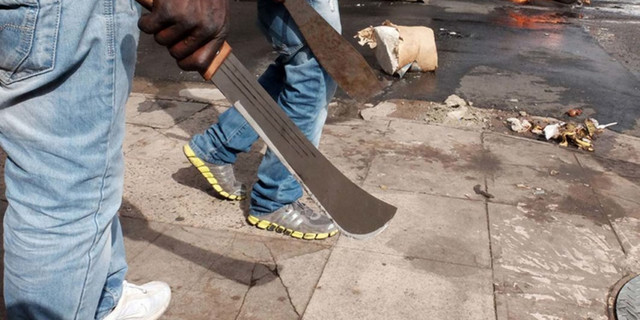 Suspected cult members, on Thursday morning allegedly killed a barber and macheted one of his customers at Oke-Ijetu area of Osogbo in Osun.
The News Agency of Nigeria (NAN) learnt that the late barber, simply identified as Shogo, was attacked in his shop at about 10.00 a.m by six armed men.
A source told NAN that the attackers, on sighting their target, inflicted several machete cuts on him, before hitting his head with a big stone.
The source said the assailants also attacked a customer who went to the shop for a hair cut,  inflicting several machete cuts on him, while trying to flee when he saw them.
NAN learnt that a co-barber with Shogo in the shop, however, escaped unhurt.
A source close to the wounded customer told NAN that the six young men, armed with cutlasses, arrived the barber’s shop on three motorcycles.
He said that the wounded customer was attacked by the assailants as he ran out of the shop after seeing them.
READ ALSO: Troops Kill 50 ISWAP Terrorists In Damboa
“Eventually, the cultists caught up with him and inflicted machete cuts on him.
“The second barber managed to run out of the salon and escaped the attack, but Shogo, who was their target, was caught, macheted and later killed,” he said.
The source said that the wounded customer was receiving treatment in an undisclosed hospital.
He said that the killed barber was said to have relocated to Osogbo from Ilesa about three months ago, and the assailants might have come from Ilesa.
When contacted, the Osun Police Spokesperson, SP Yemi Opalola, confirmed the incident, saying that the body of the deceased barber had been taken to the morgue.
Opalola said police were, however, on the trail of the assailants.
He said that they would soon be caught and brought to justice. (NAN)