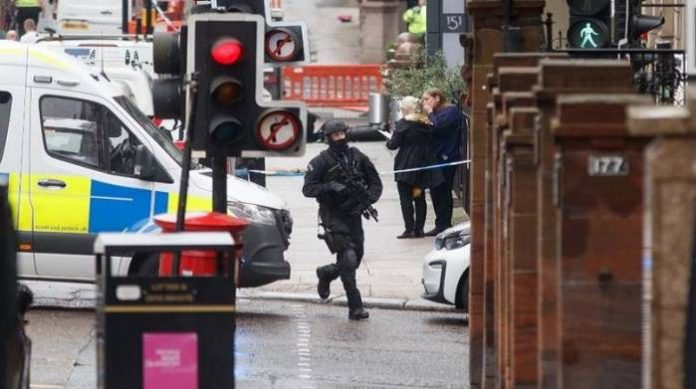 A suspect has died after he was shot by armed officers responding to an “incident” in which six others were injured at a hotel in Scotland’s largest city, Glasgow, the Police said on Friday.

“The incident is not being treated as terrorism and our investigation is continuing into the circumstances,’’ Police Scotland Assistant Chief Constable, Steve Johnson, said.

Johnson said the suspect was shot by the Police at the Park Inn, a hotel used by asylum seekers, and died later.

“Six other men are in hospital for treatment, including a 42-year-old police officer, who is in a critical but stable condition, he said in a statement.

The Refugee Survival Trust, which assists asylum seekers in Glasgow, tweeted that it was “checking in with all the Park Inn residents’’ that it knows.

The BBC initially reported three deaths in the incident, but it later said only the death of the suspect had been confirmed.

Police Scotland’s Johnson said officers had responded to a “contained incident and … the wider public is not at risk.”

“I would like to reassure the public that at this time we are not looking for anyone else in relation to this incident,’’ he said.

Prime Minister Boris Johnson tweeted that he was “deeply saddened by the terrible incident in Glasgow’’, while Nicola Sturgeon, the Head of Scotland’s Devolved Government, said the reports were “truly dreadful.”

“There were police cars, ambulances all over the street and they cordoned it off,’’ the witness said.

“Police were shouting to people in other buildings near the Park Inn hotel to stay inside and not come into the street.’’ (dpa/NAN)