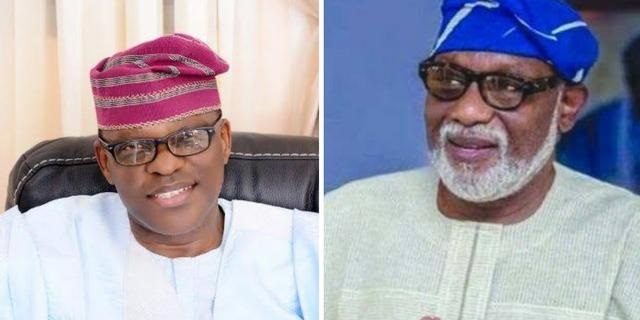 Mr. Eyitayo Jegede, the Peoples Democratic Party (PDP) candidate in the Oct. 10, 2020, governorship election in Ondo State, has congratulated Gov. Rotimi Akeredolu on his victory at the supreme court.

Jedege, in a statement he personally signed, which was made available to journalists in Akure on Wednesday, congratulated Akeredolu.

The PDP governorship candidate said “now that we have explored the grievance procedure permitted by the constitution and the law, it is time to give glory to God.

“We thank specially our legal team, under the leadership of Dr. Onyechi Ikpeazu, OON, SAN, FCIArb, for their commitment, industry and dedication to our cause. Over and above all, we thank them for their sacrifice.

“We are thankful to the people of Ondo State for their steadfastness. We were in this for service and for the collective interest of the majority of our people.

“The outcome of today’s judgement should not deter the good and well-meaning individuals from aspiring for leadership in our state and in our country. For all our people who have stood strong, we salute you.

“We thank the national and state leadership, and the generality of the members of PDP for providing us with great support. For our governors who provided the required leadership and kept faith with our aspiration, history will judge you right.

“With this outcome, our respect and reverence for the judiciary and our justices of the Supreme Court has not diminished.

Meanwhile, the Peoples Democratic Party (PDP), Ondo State Chapter, has also accepted the verdict of the Supreme Court, being the Apex Court in the land.

Kennedy Peretei, State Publicity Secretary of the PDP, in a separate press statement he issued on behalf of the party after the ruling on Wednesday, said he, like the party, was surprised that the verdict did not favour Eyitayo Jegede.

He, however, said that the party had accepted the judgment in good faith.

“Our party wishes to encourage all our supporters to remain steadfast and be consoled that we fought a good fight, from the beginning to the end.

“The Supreme Court is the ‘guardian angel’ of our constitution and democracy to ensure that nobody tramples upon it without consequence.

“To this end, the judgement will also go into history as one of the major tests of our democracy which ought to be guided by the rule of law.

“As much as we are not discouraged by this verdict, we shall continue to pursue that which will make life more easy for the people of Ondo State” Peretei said. (NAN)