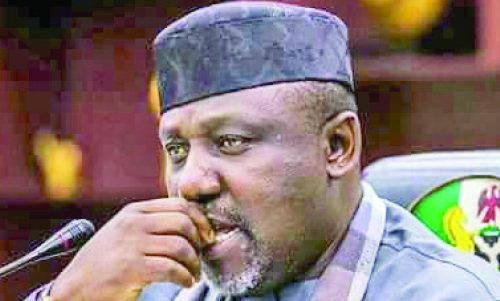 Ms Zainab Mohammed, Adviser to Sen. Rochas Okorocha on Public Affairs, has called on the agents of Imo Government to stop the planned demolition of properties belonging to the family of Okorocha.

Mohammed made the call on Sunday while speaking with journalists in Abuja.

She said that the call followed the court order stopping the agent of the state government from further trespass on the said properties.

“Justice T. N Nzeukwu of High Court of Imo State had, in a ruling delivered on Sept. 7, 2020, granted prayers of the Applicants.

“He declared that the forced entry of the agents of the state governor into the House of FREEDA was illegal and a violation of their fundamental rights.

“The suit marked HOW/947/2019 was brought pursuant to the enforcement of fundamental human right of House of FREEDA Limited, Mrs Uloma Rochas Nwosu.

“And two others where the plaintiffs challenged the forced entry and seizure of property belonging to the family.

“There is a subsisting court order barring the government from entering these properties.

“This will amount to a government encouraging lawlessness and resort to self-help, which are features of a lawless society, if they authorised these trespassers,” Mohammed said. (NAN)