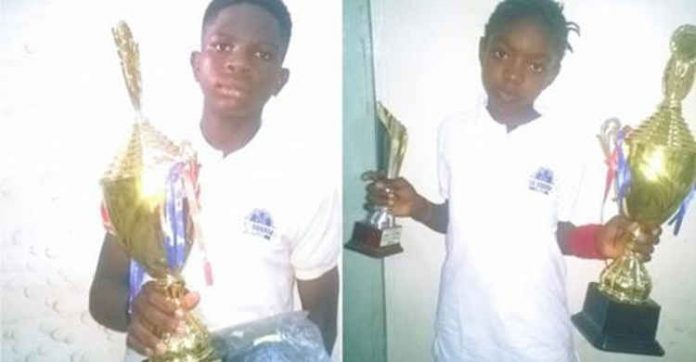 Mistura Durosinlorun, a 12 year old defeated the number one seeded player Favour Utukpe in the U-16 category at the final of the 2019 edition of the Ex-Squash Pros Diaspora.

The News Agency of Nigeria, NAN, reports that the 3rd edition of the Ex-Squash Pros Diaspora served off at the Teslim Balogun Stadium, Surulere from Nov. 14 to Nov.16.

Durosinlorun told NAN that defeating the number seeded player would further boost her confidence during tournaments.

“I’m so excited I won; last month, when we met at a tournament, Favour won, then I made up my mind to keep pushing.

“I know I need to sustain this so I need to train harder to remain consistent, and I intend to give it all it takes,” she said.

Temitope Olusoji, a player who came to watch the finals, attributed Utukpe’s loss to her new found love for social media.

“Since she got her phone, she began to cut down on the number of hours she trains for.

“That phone distracted her, if she probably didn’t have the phone she would have won,” she said.

In her defense, Utukpe told NAN that, she feels miserable losing to Durosinlorun at the finals.

“Words cannot describe how I feel right now; it’s even more painful because I don’t know where these assumptions are coming from.

“My mum bought the phone for me and she only gave it to me recently, so it’s not true.

“If I had won, they won’t be saying all these, I will just train hard for a comeback, this is a temporary setback, the better player won today,” she said.

In the finals of the U-13 category for boys, Dominion Utukpe of Lagos State defeated Daniel Nzei of Akwa- Ibom 3-1.

For U-13 girls Mistura Durosinlorun of Kwara State defeated Jennifer Madukaozor, of Abia 3-1.

In the first edition of the above 45 category, in the women’s category Osarumwense Ogbemi, defeated Sadia Akande 2-0.

In the over 45 men, Daniel Enaholo defeated Yusuf Durosinlorun 2-0, father of Mistura, and the Tournament Director.