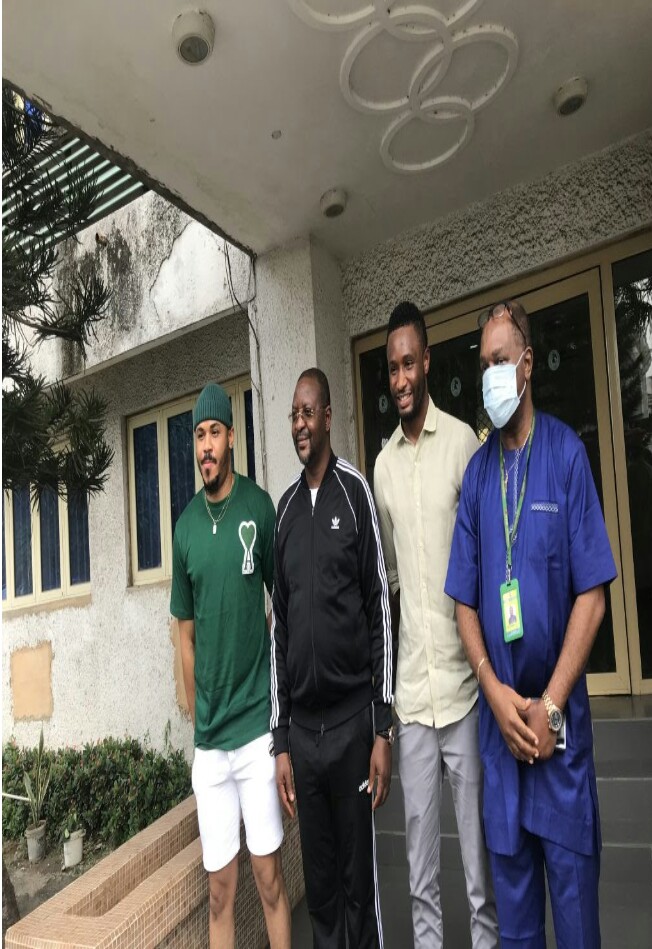 He also announced Mikel Obi as an Ambassador of the sports ministry.

The minister gave the commendation at a press conference held in Mikel-Obi’s honour at the National Stadium, Lagos.

Speaking at the event, Dare said that Obi’s appointment is aimed  at inspiring  “young Nigerians to strive for excellence.”

According to him, the former Chelsea star is a role model whose lasting legacies in football development has continued to have positive impact on youths in the country.

The former Super Eagles captain has 91 caps for the National Team, is a Champions League winner and a bronze medalist at the Rio de Janeiro Olympics.

“From today, you are our official ambassador. We believe in  your leadership and mentorship, the youths have a lot to learn.

“We are going to build a partnership with your brand, we will support you. We have the talents.

“I strongly believe that with this collaboration we will build a sustainable legacy,” the minister said.

In his response Obi applauded the minister for honoring him.

He  promised to work hand in hand with the minister in order to reposition sports in the country.

“I didn’t see this coming, but I appreciate the gesture. I will do all I can in my capacity to mentor the young ones.

“Not just in football, basketball, volleyball and other sports. It is important to ensure that the development is uniform,” Obi said.

Obi, who has won a lot of laurels, was CAF’s  most promising player 2005 and FIFA World Youth Champions silver ball 2005. ( NAN)