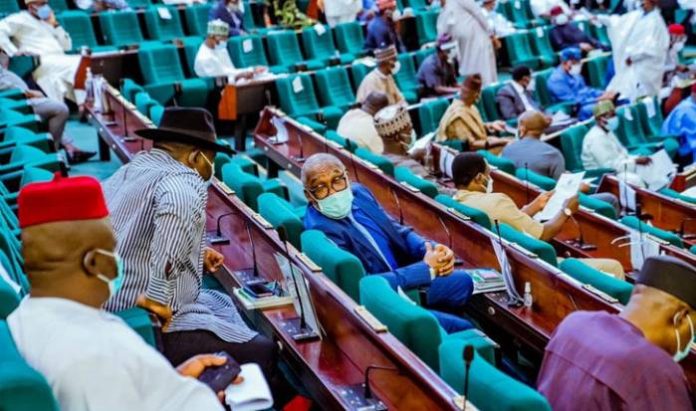 The House of Representatives has urged the Federal Government to halt appropriation of 4.2 million pounds recovered from former Gov. James Ibori of Delta.

The resolution followed a unanimous adoption of a motion by Minority Leader, Ndudi Elumelu (PDP-Delta), at plenary on Wednesday.

The motion was co-sponsored by nine other lawmakers from Delta.

Speaking, Elumelu said the 4.2 million pound, being proceeds of looted funds recovered from former Gov. James Ibori was being transferred to the coffers of the federal government for appropriation.

According to him, this is without recourse to the Delta Government.

The rep said that the money belonged to the people of Delta and should be refunded to the coffers of the State Government for developmental purposes.

Elumelu said that assets seized by Economic Financial Crimes Commission (EFCC) from other states were returned to those states as the case in Bayelsa and Abia.

“If the federal government is allowed to appropriate the fund without recourse to the Delta Government, the people of the state will be shortchanged.

“They will be deprived of their legitimate resources to improve on the economy of the state as well as provide the requisite infrastructure for their benefit,” he said.

The house mandated its Committees on Finance, Justice and Recovered Funds to investigate the matter.

The lower chambers urged the Ministry of Finance to stop disbursement pending the final determination of the matter by the House.

The House also requested the Ministry of Finance and Attorney General of Federation to furnish it with all particulars relating to the money.

In his ruling, Deputy Speaker, Ahmed Wase, mandated the committees to conclude investigations and report to the House within two weeks.(NAN)