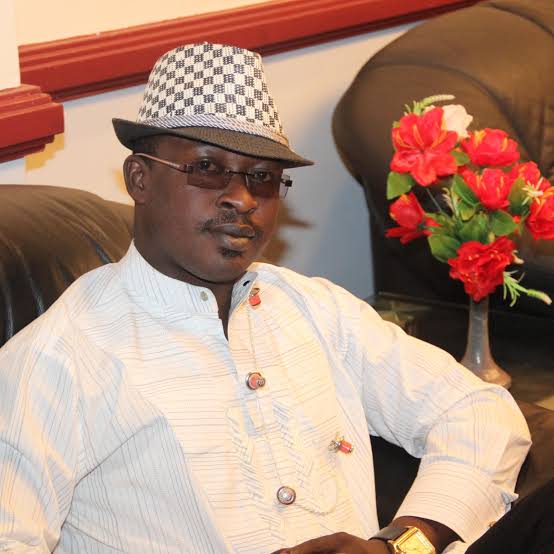 Scoring against Cameroon at the Egypt 2004 Nations Cup put Alex Iwobi in the Okocha family records and it meant that Indomitable Lions must always dread an Okocha. The import of that goal is that North Africa is a good ground for the family.

Iwobi’s uncle, Emma Okocha, opened the box of Maghrebian fortunes when he put in Nigeria’s lone goal in the 5-1 humiliation by hosts Algeria at the 1990 African Nations Cup. The Desert Foxes confronted a Super Eagles team full of greenhorns. The few players with Afcon experience were Rashidi Yekini, Ademola Adesina and Andrew Uwe.

Captain Rabah Madjer got the opener for Algeria in the 36th minute. He scored a brace in the 58th before Djamel Menad scored twice to make it 4-0. Clemens Westerhof almost peed in his pants. The great Eagles of Nigeria had not conceded four goals in the Nations Cup since their maiden bronze in 1976. Emma Okocha got a solitary goal before the homers hit a fifth two minutes to time.

Westerhof and his team recovered and advanced to the grand finale where they lost again to Algeria. It ended 1-0 in a match the cup winners had to sweat all the way to the final whistle. Although Nigeria lost, that squad formed the nucleus of what was going to be the best national team so far.

Four years later at Tunisia ’94, another Okocha was in the Eagles team to the Nations Cup. Austin Azuka Okocha dribbled his way into the hearts of soccer fans. Westerhof did not like jogo bonito but this one could also score goals from set pieces. Nigeria came out as African champions. Four players: Rashidi Yekini, Ben Iroha, Daniel Amokachi and Okocha made the CAF Team of the tournament.

Okocha did not score at Tunisia ’94. Ten years later, he was in the same country as captain of the Super Eagles to the 2004 Nations Cup. All the goals he could not score in 1994 came. At the end, he got four and was the tournament’s top scorer alongside three others. To cap it all, Jay Jay, was voted Player of the Tournament. Nigeria won the bronze medal.

That became the second time a Nigerian family would boast of all three AFCON medals of gold, silver and bronze. The first time was in 1984 when Patrick Chuka Okala bagged silver at Cote D’Ivoire ’84. Elder brother, Emmanuel Anthony Oguejiofo Okala, bagged gold at Nigeria ’80 after winning bronze at Ghana ’78.

Iwobi, like the Okalas, is from Onitsha in Anambra State while the Okochas are from Ogwashi Uku, Delta State. The cord holding Iwobi with Okocha is his mother who is an Okocha. We now have the Okochas and their nephew scoring goals in North Africa and coming home with medals. It started with Emma in Algeria. Austin did it in Tunisia and now Iwobi has done it in Egypt.

At Algiers ’90 where Emma Okocha scored one goal in his debut, Algeria beat Senegal 2-1 and ended up as cup winners. At Egypt 2019, Iwobi’s first AFCON, Algeria defeated Senegal twice and went home with the trophy. In 1990 and again in 2019, the Teranga Lions conceded early minute goals against the Desert Foxes.

It is interesting that Austin Okocha’s last Nations Cup was at Egypt 2006. Iwobi’s debut came at Egypt 2019. While the 10 -year- old nephew watched his uncle’s last outing for the Eagles in 2006, Uncle Jay Jay was a TV analyst for Super sports during the Egypt 2019 Nations Cup. When Iwobi scored against Cameroon, Okocha said : ” It is in the family.”

Sure, the family will always hit the Indomitable Lions. In the grand finale of the Nigeria/Ghana 2000 Nations Cup in Lagos, the Cameroonians shocked Nigeria with a 2-0 lead. The hosts fought back and Okocha got the leveler. It took dubious call by the Tunisian referee to steal victory from the Super Eagles on a day Captain Sunday Oliseh cried like a baby.

The Okochas are home to footballers. James, the eldest of the brothers, played soccer and was known as Jay Jay. This is the original Jay Jay. He did not go beyond our shores. Then came Emma. By 1990 he was already playing big time with Enugu Rangers. That was also the year Austin joined the Flying Antelopes from Co operative and Commerce Bank [CCB] Enugu.

Emma left Rangers to join Iwuanyanwu Nationale, Owerri in 1991. He became the first member of the family to go international when Isaac Semitoje was pulled out in a CAF Champion’s League second round match against Old Edwardians of Sierra Leone in Freetown. The Naze Millionaires got as far as the semi finals but lost to largely unknown Nakivubo Villa of Uganda.

Emma remained in Owerri in 1992 and his team mates ranged from the known to the unknown. There came a ‘little’ boy, Nwankwo Kanu, from an obscure local side. Sunday Eboigbe had won Afcon silver at Maroc ’88. Chukwuma Nwoha was a World champion with the Golden Eaglets in 1985. Goddy Eke got FIFA Under -20 silver at USSR ’85. Mike Onyemachara bagged a silver in the same competition at Saudi ’89. There were also two imports, Benjamin Sellas, who later led the Ghanaian Under- 20s to World Cup glory in 2009 and Umaru Kabbia, the Sierra Leonean.

Austin strolled to Germany on holidays to see his friend, Binebi Numa, who like Nwoha had won the Under -17 World Cup in 1985. That was how the story changed. What began as a training visit ended up at Bundesliga side, Eintracht Frankfurt, where he met Tony Yeboah of Ghana. The rest they say is history. Germany goalie, Oliver Khan, can continue the Okocha story from here.

Jay Jay moved to Fenerbahce, Turkey and then hit Paris to join Paris St. Germain in 1998. When President Olusegun Obasanjo visited the French capital later, he was presented with Okocha’s No. 10 jersey. Then the master dribbler crossed over to Bolton when he began to do Okocha cha cha cha for the Wanderers.

Iwobi’s parents relocated to the United Kingdom when he was three. He toed the path of his uncles. He played for the England Under-16 team before joining Arsenal in the 2104/2015 season wearing No. 45 jersey. The boy could not join the Eaglets who won the Qatar 2013 Under -17 World Cup because Nigerian Football officials asked him to pay his way to camp.