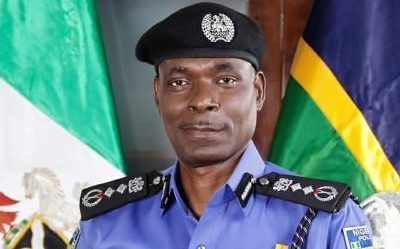 …We Are Not Part Of Protest – TUC, NLC

Mr. Abubakar Mohammed Adamu, the Inspector General of Police (IGP), on Saturday described the planned street protests being planned to begin on Monday August 5 by the Coalition for Revolution (CORE) in collaboration with the African Action Congress (ACC), led by Omoyele Sowore, politician and activist, as a treasonable offence.

Frank Mba, a Deputy Commissioner of Police (DCP) and Force Public Relations Officer (FPRO), in a statement issued from Force Headquartres, Abuja, said the planned revolution, through a video circulating on the social media by the ‘Global Coalition for Security and Democracy in Nigeria and others’, amounted to treasonable felony and acts of terrorism.

Sowore was, however, arrested by security agents on Saturday morning, even as Mba said the Force would not stand idly-by and watch any individual or group in the society cause anarchy in the land.

While acknowledging the rights of Nigerians to embark on protests, the Force noted that such rights should not translate to a violent and forceful change of government, which it said was clearly the meaning of ‘revolution’.

Mba stressed: “Needless to state that Nigeria is a democratic republic and has well-defined processes for change of government, exercised periodically during various cycle of elections.

“The Force, therefore, warns the organisers, sponsors, allies, supporters, associates and sympathisers of the group ‘Global Coalition for Security and Democracy in Nigeria’ to, in their own interest, steer clear of any such planned protest, demonstration, acts of incitement and proposed “revolution”, as the full wrath of the law will be brought to bear on any individual or group engaged or found participating in the above planned criminal act.”

The Force enjoined parents and guardians to impress on their children and wards not to allow themselves to be used in whatever form by any person or group of persons to cause breach of law and order in the country.

He, however, said the Police would work with other law enforcement agencies “and positive minded Nigerians to protect, defend and secure our public peace and space.”

Meanwhile, Abubakar Atiku, former vice president and presidential candidate of the Peoples Democratic Party (PDP) in the 2019 election, Oby Ezekwesili, an activist and former Education Minister as well as presidential candidate of Allied Congress Party of Nigeria (ACPN), and Timi Frank, former Deputy National Publicity Secretary of All Progressives Congress (APC), were among top Nigerians who reacted to Saturday morning’s arrest of Omoyele Sowore by operatives of the Department of State Services (DSS).

The protests, billed to hold in several cities in the country, according to Sowore, was meant to galvanise Nigerians on the need to fight for better governance by liberating themselves from the “old order”, which he said was the only way to usher in a real democracy and people-oriented government that would favour the people.

Atiku, who spoke via his verified Twitter handle @atiku on Saturday, described the DSS action against Sowore as “kidnapping in the guise of arrest,” stressing that the security agents’ action stood condemned, maintaining that, “Freedom of speech is not only constitutionally guaranteed, it is the substructure of our democracy.”

Ezekwesili, in a tweet, called for Sowore’s release. According to her “@AsoRock ought to know that they cannot sustain this unconstitutional habit of repression against #CitizensRights.

“All these persistent acts of @NGRPresident to shrink the Public Space with rabid level of intolerance for dissension will surely fail.”

Also, Timi Frank, while condemning Sowore’s arrest, urged all who have resolved to be part of the protest not to lose focus due to the arrest.

Frank, in a statement, said Nigeria under President Muhamadu Muhamadu Buhari needed such massive protest now more than ever before, attributing the need for the protest to killings, kidnapping, banditry, hunger, unemployment and economic disaster among other social ills bedevilling the country.

He stressed that the protests was not about Sowore, but the survival of Nigeria as a country, even as he called on Pastor Tunde Bakare, Wole Soyinka, Femi Falana, Olisa Agbakoba and others, who he described as “Fathers of protesters” to support Sowore’s idea if they were not also supporting the evil currently ongoing in the country.

Frank said it was the constitutional right of citizens to protest when they are dissatisfied with anything in a democratic government.

He said: “Mr Omoyele Sowore is currently in the custody of the SSS. His phones have been confiscated. This is a panic response from a decayed regime that is so scared of its own shadow.

“Buhari’s despotism is now in full force. Nigerians are now preoccupied with the shenanigans of a morally bankrupt, economically backward and politically inept administration.

“The SSS which is supposed to be actively involved in curtailing insecurity across Nigeria has been turned into a tool of intimidation for a corrupt, clueless and incompetent government.

“Let it be known that this irresponsible and highly reckless action will not deter conscientious and enlightened Nigerians from fighting for a better country.”

Kunle Wizeman Ajayi, AAC Acting Chairman in Lagos, in an exclusive interview with NEXT EDITION, maintained that the DSS’ action would not deter them from the masses movement to usher in a revolution in the country on Monday August 5.

He said: “Lagos branch of the African Action Congress (AAC) condemns Sowore’s arrest and Buhari’s stubborn and cruel antidemocratic credentials. We believe that the #RevolutionNow will outlive all forces of repression, particularly the Buhari presidency.

“We call on the Coalition for Revolution (CORE) and other organisers to continue with mobilisation. A failed government cannot use force to make the mass of people to accept its failure.”

However, the Nigeria Labour Congress (NLC) and the Trade Union Congress of Nigeria (TUC) on Saturday, distanced themselves from the planned RevolutionNow protest led by Omoyele Sowore.

The two labour centres, in separate statements, said while they respects the right of citizens to freely associate and hold an opinion, and to peacefully protest against any policy or policies with which they disagree, they remained committed to the corporate existence of the country.