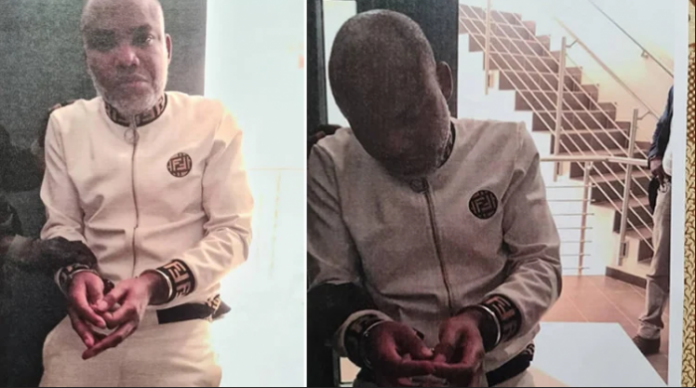 Director-General of Kenyan Immigration Services, Alexander Muteshi, has denied knowledge of the arrest and extradition of Nnamdi Kanu, leader of the Indigenous People of Biafra (IPOB).

Kanu, who was arrested over the weekend, was flown into Abuja on Sunday.

He was rearraigned before Justice Binta Nyako of a Federal High Court in Abuja, on Tuesday.

The judge had ordered that he should be remanded in custody of the Department of State Services (DSS) till July, 26, 2021.

The Federal Government has been silent on the location of Kanu’s arrest.

But in a statement on Wednesday, Kingsley Kalu, a sibling of the IPOB leader, said he was arrested in Kenya.

“Whilst visiting Kenya, Nnamdi Kanu was detained and handed over to the Nigerian authorities who then flew him to Nigeria,” he said.

But in an interview with Nation, a Kenyan newspaper on Thursday, Muteshi said he could not tell if Kanu was arrested in Kenya.

“I can’t know that,” Muteshi told Nation in response to a question on Kanu’s arrest.

“I am not in the picture of his presence in the country. I am only able to tell if somebody entered the country legally.”

It is unclear if Kanu entered the country illegally.

The IPOB leader was standing trial for treason before he fled the country after he was granted bail on health grounds.

From his base abroad, Kanu kept on inciting his followers through his broadcast on Radio Biafra and social media posts.

IPOB also floated the Eastern Security Network (ESN), which orchestrated mass killing and destruction in the South East, according to the police.