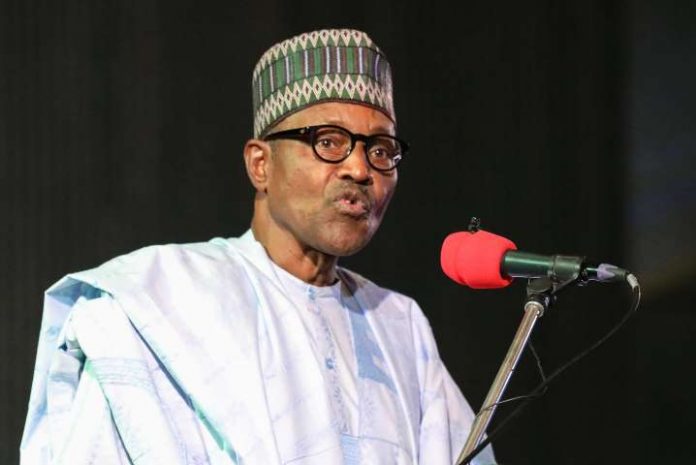 Some Nigerians on Wednesday staged a protest in Abuja lamenting the heightened insecurity in the country and the tension it is creating in the polity.

The protesters comprising citizens from different ethnic groups also wrote a letter to President Muhammadu Buhari, demanding immediate action to bring an end to the killings.

Recall that the Peoples Democratic Party, PDP, had on Tuesday called for a state of emergency in the security sector.

The group lamented that, “The painful and gruesome killing of our dear sister, aunt and mother, Mrs. Funke Olakurin, the daughter of our father and an elder statesman, Pa Fasonranti by suspected Fulani herdsmen, has in the last couple days brought to the fore, the terrible experience of the ordinary people and local communities in the hands of these herdsmen.”

According to the protesters, Olakunrin’s death was “one death too many. May her soul and many others killed by these barbarians continue to rest in peace,” they said.

The group noted that the nation was “on the brink of unimaginable catastrophe, except we act to stop the doom.”

The full statement is reproduced below:
Our Statement
Dear Mr. President,

Is it the time to start singing the nunc dimittis? Our nation is trapped and encircled by forces of anarchy and terror, our people groan in pain and bleed under the terror of marauders, our lands are subjected to evil-capture, while injustice thrives as a rule. What shall we then do? Shall we abide under oppression so that Nigeria’s unity is not negotiated?

Woe betides a nation where truth is forsaken and falsehoods is elevated to statecraft. Our dear nation Nigeria is on the brink of unimaginable catastrophe, except we act to stop the doom.

Letters, statements, criticisms and concerns have been expressed by prominent Nigerians and the common man, yet, all of this cannot fully illustrate the weight of the danger that is hovering over country.

Unfortunately, your regime and its poster boys have publicly narrowed down everything to politics and hatred for President Muhammadu Buhari. This is not wisdom. These challenges predate your coming to power in 2015, but they have been terribly aggravated and accentuated in an unprecedented manner by your seeming aloofness and lack of capacity to tackle them.

Security trumps every other consideration for many Nigerians who worked selflessly for your ascension to power in 2015. Even those who did not vote for you had believed that security, is one area where you will do better. But today, even Katsina the home state of Mr. President is under the threats of bandits. In many parts of our country, killer and terrorist herdsmen continue to unleash terror on our lands and make life unbearable for our farmers while the threat of food insecurity looms.

The painful and gruesome killing of our dear sister, aunt and mother, Mrs. Funke Olakurin, the daughter of our father and an elder statesman, Pa Fasoranti by suspected Fulani herdsmen, has in the last couple of days brought to the fore, the terrible experience of the ordinary people and local communities in the hands of these herdsmen. This is one death too many. May her soul and many others killed by these barbarians continue to rest in peace.

Several of our farmers have been killed, maimed, assaulted, their wives and daughters raped and brutalized and many have abandoned their farms and lands and become destitute in other places. No one is making up these stories, and we can boldly say they have even been underreported in the media.

The concerns over ethnic profiling of these herdsmen ravaging our lands as Fulani herdsmen were made worse by the refusal of Mr. President to show the kind of leadership some past leaders demonstrated while in office. Former President Olusegun Obasanjo did not vacillate over OPC, he confronted the threats posed by the group not minding any ethnic affiliation. Late Lady Dora Akunyili battled her brothers in the Southeast over fake drugs.

About two decades ago, Gen. Buhari led a delegation of Fulani elders to Ibadan to defend the interest of Fulani herdsmen. He showed courage and leadership to his people and this group. It is therefore disingenuous to accuse our leaders and people of ethnic profiling for speaking against the menace of herdsmen in our lands. And that is why we have come to visit you today to ask some pertinent questions, but security operatives will not allow us to get to Aso-Rock.

We have come to ask, why are you refusing to act over the abundance of intelligence you have over the gathering storms in our nation? How can we address these problems and put an end to the killings, terror as well as the ethnic profiling based on truth and conscience? We do not intend to profile the ethnic group of our Fulani friends with criminality because we are all humans under God. We do not think any sensible Nigerian derives any joy in doing this. But the locals bearing the pains know their oppressors.

Mr. President, in your hands lie the opportunity to address this problem if you are ready to show leadership. We challenge you to demonstrate courage and call a spade a spade like other leaders.

It is time to call Miyetti Allah to order. It is time to act over the herdsmen terrorising our lands. It is time to rule with justice and courage. Aside the security challenges, we also want you to know that open grazing is not sustainable due to rising population explosion and the threat of climate change. Lands are not growing, while food security is threatened. This is the time to ranch and keep the cows heathy, this is the time to properly educate the herders and integrate them and not isolate them inside Ruga.

We also want you to know that the unity of Nigeria is negotiable. Injustice and strife can never water the tree of unity and it can never be forced forever, except we allow justice reign. We therefore want to bring it to your attention that time is fast running out: without restructuring and justice, the union will end in chaos. It is our desire to remain a one, prosperous and united nation under God, but we must work for it. We must restructure Nigeria. Let us do it, Mr. President.

“Ignorance, allied with power, is the most ferocious enemy justice can have.” – James Baldwin. Today is International Day of Justice. The 2019 theme: If You Want Peace & Development, Work for Social Justice. The United Nations has made it clear that Social justice is an underlying principle for peaceful and prosperous coexistence within and among nations. If Nigeria must endure and remain united in peace, development and prosperity, social justice must be enthroned. We are a people and a nation in distress but we can be healed by Justice and truth. This is the time to act and save Nigeria.