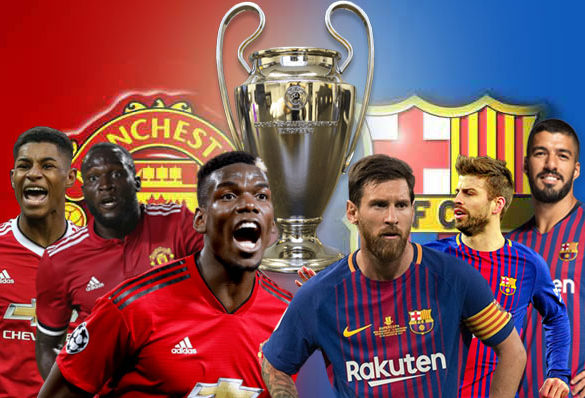 Barcelona will take a 1-0 lead over Manchester United into next week’s second leg of their Champions League quarter-final after a 12th-minute Luke Shaw own goal gave them victory at Old Trafford on Wednesday.

Sergio Busquets found Lionel Messi with a clever ball into the area and the Argentine carved out space on the left to deliver a lofted cross to Luis Suarez at the back post.

The Uruguayan’s header deflected off the shoulder of a scrambling Shaw and beat David De Gea to give the visitors the lead.

And although the linesman initially flagged for offside, the goal was given after a VAR video review.

United’s best chance of the first half fell to Diogo Dalot but the Portuguese made a mess of a fine Marcus Rashford cross, heading harmlessly across the goal from close-range.

Ole Gunnar Solskjaer’s team had struggled to get a foothold in the game during the opening 45 minutes but they were much improved after the break.

United applied plenty of pressure without creating any clear chances.

Barcelona could have added a second had Suarez not fired into the side-netting from a promising position after a clever through ball from Nelson Semedo.

Barcelona have not lost at home in the Champions League since 2013.