Home Politics Senate To Reduce Political Parties From 91 to 5 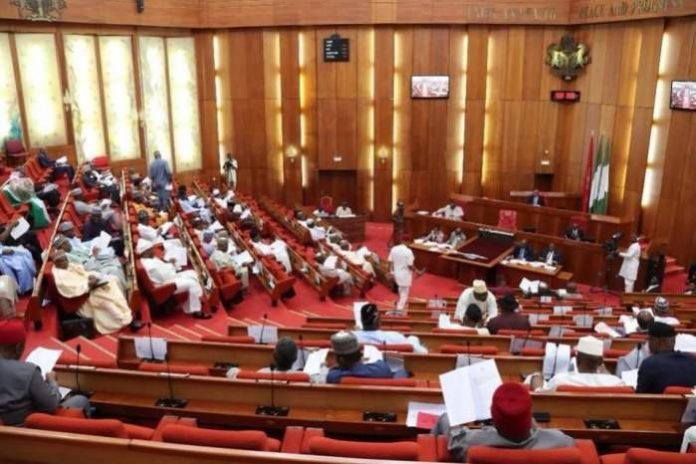 The Senate has said that it would reduce the number of political parties participating in elections in the country from the current 91 to five through legislation.

The upper chamber stated this on Wednesday, at a meeting with the leadership of the Independent National Electoral Commission, INEC, led by its chairman, Professor Mahmood Yakubu.

The Senate further expressed dissatisfaction over the huge number of political parties fielding candidates in the forthcoming governorship elections in Kogi and Bayelsa states.

While speaking at the meeting, former Deputy Senate President, Ike Ekweremadu (PDP Enugu West), said the number of political parties contesting the elections was a contravention of the amended Electoral Act.

He said that by virtue of the Electoral Act, political parties, which failed to win a seat in the general elections should be deregistered.

Responding, the INEC chairman said that the commission was in a dilemma to take decisive action to deregister political parties as a result of pending electoral litigations which could alter its judgement.

“The commission had systematically deregistered many parties under the electoral act. But the parties insisted that the electoral act is inferior to the constitution,” Professor Yakubu told the senators.

Meanwhile, a research team led by former INEC chairman, Professor Attahiru Jega has rated the 8th National Assembly as the most productive legislative house in the history of Nigeria.