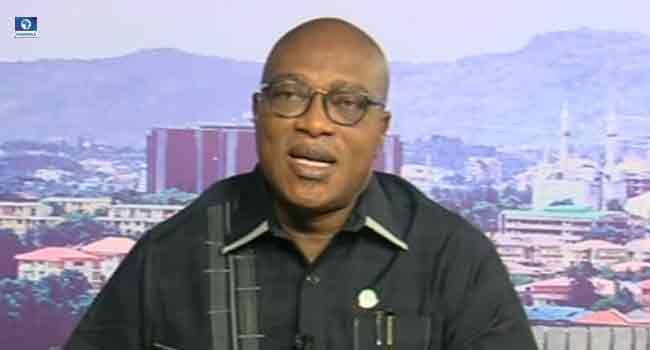 A former Director of the Department of State Services, Mike Ejiofor, says the Minister of Defence, Maj. Gen. Bashir Magashi (retd.), is calling for “pure anarchy” with his recent comment that Nigerians should defend themselves amid the security challenges in the country.

Ejiofor spoke on Thursday while featuring on PUNCH Live programme.

The minister had on Wednesday said, “It is the responsibility of everybody to keep alert and to find safety when necessary. But we shouldn’t be cowards.

“At times, the bandits will only come with about three rounds of ammunition, when they fire shots everybody runs. In our younger days, we stand to fight any aggression coming for us.”

Commenting, Ejiofor stressed that the citizens have already surrendered their rights to defend themselves to the government and the government has the constitutional responsibility to ensure the security of lives and properties in Nigeria.

He said, “I want to believe that the minister of defence didn’t mean what he said. Perhaps, it was a slip of (the) tongue because what he is calling for is pure anarchy.

Government’s responsibility is to protect lives and properties. It is a social contract that we have now surrendered our rights to government to protect. Somebody saying people should start defending themselves is an admission of complete failure of government. Such statement should be coming from non-society organisations and definitely not government functionaries.”

The security expert also said criminal elements attacking farmers and residents of host communities are not herders but militias who go about wielding sophisticated weapons.

The former DSS director further said the Nigeria Police Force lacked the manpower and resources to effectively combat crimes. He, therefore, urged state governments to protect lives through peculiar security outfits like the Amotekun Corps, amongst others.