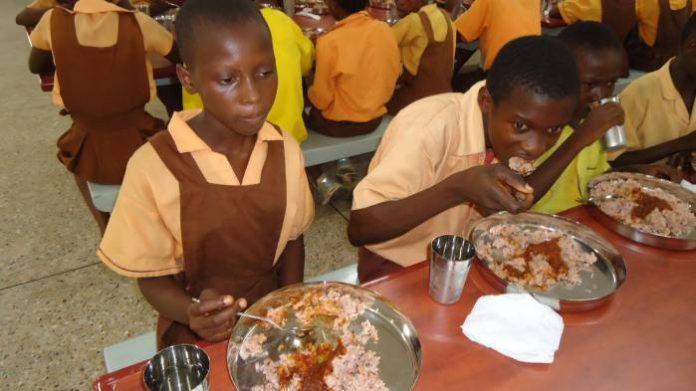 Members of the Niger State House of Assembly have alleged that pupils in the state are being fed with expired rice by managers of the school feeding programme in the state.
The legislators also alleged that the pupils are being shortchanged in the quantity of food they are being given, sighting an example of how the school children are given a quarter of an egg for their meals.
A matter of urgent public importance brought by Hon Liman Iya (APC-Suleja) during the House plenary on Thursday said that the school children are not only being shortchanged but are also served with poor, unhygienic and under nutritious meals.
According to the state lawmaker, the revelation is an outcome of an investigation carried out by some members of the House of Assembly, which has uncovered that the programme is involved in a lot of malpractices from officials and feed vendors in the state.
‘We wonder why primary school pupils in the state are served with poor and undernutritious meals. We are disturbed by this as it will defeat the purpose of the programme,’ Iya said.
Speaking further, he pointed out that ‘I received a lot of messages showing pictures of the type of food being fed to the children. Our investigation showed that the type of rice is an expired quantity of rice and God knows how it was prepared.
READ ALSO : Osinbajo Extols Akinnola On 63rd Birthday
‘The ration given to the children is not enough. Certain meals that should be for one person are shared among three pupils. There are so many complaints across the state. So many malpractices are happening that need to be addressed,’ he said.
Iya urged the House to summon the state focal person of the Home Grown School Feeding Programme in the state and all the focal persons in the local government areas to explain why the pupils are served such poor and unnutritious meals.
At the end of the deliberation, the Speaker of the House of Assembly, Hon Abdullahi Bawa Wuse, said that the state focal person for the programmes should appear to explain why expired and undernutritious meals are served to the pupils.
No fewer than 559,960 pupils across 2,636 primary schools in the 25 local government areas of the state are benefitting from the school feeding programme, with 5,960 cooks are under the payroll of the programme. (Daily Sun)