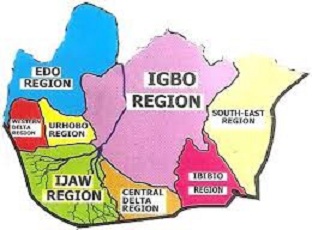 A group, South-East for President 2023, Abuja chapter, has urged the Inter-Party Advisory Council of Nigeria, IPAC, to support the region’s quest to produce the next President of Nigeria.

Rev. Ukechukwu Obiora, the National Coordinator of the group who led the group on a courtesy call to IPAC on Friday in Abuja, said it was the turn of the region to produce a presidential candidate.

Obiora said that just like the three major political parties in 1999 conceded the presidency to the South West, South-East should also be considered.

He said that such consideration would be in the spirit of fairness, equity and justice, adding that it was in 1963 the region last tested the executive power.

He said that Olu Falae was the joint Presidential Candidate of the All Peoples Party, APP, and the Alliance for Democracy, AD, while Olusegun Obasanjo was that of Peoples Democratic Party, PDP.

He said that it was not too early to start campaigning for the presidential slot since the other five zones had had it, stating that the South East remained the major partner in the project called Nigeria.

He called on the group to work with other political parties to be able to realise its ambition, adding that the Igbo remained the connected rod that made Nigeria.

According to him, “on the road to 2023, we shall seek equity, fairness and prosperity for our nation because Nigeria people believe in justice.”

Ameh added that there must be proper foundation for every zones in the country ahead of 2023 for the people to be able to say what they wanted.