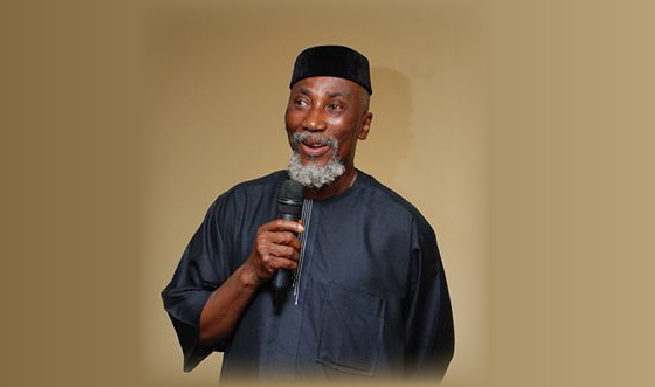 Centre Against Impunity, a human rights body, has appealed to Nigerian Navy to immediately release Captain Dada Labinjo and other seven Nigerians, saying their continuous detention despite court ruling is a violation of their human rights.

Labinjo has been in detention for more than a year over allegations the centre considered unfounded, saying even when the Federal High court ordered his release and reinstatement, the Naval officer has continued to langish in detention without being charged to court.

Mr. Shina Loremikan, the Executive Director of the group, at a briefing in Lagos on THursday, said it was imperative to bring to the public the unwarranted mental and physical agony Labinjo and his family had been undergoing.

He said Labinjo, his wife, Lt. Commander Sherrifat Lambert, and 20 of his crew were arrested and detained on August 25, 2018.

He said efforts to ensure fairness to him and others proved abortive, adding it was only when the matter was brought to public notice in July 27 that Labinjo’s wife and 13 crew members arrested with him were release to the Economic and Financial Crime Commission (EFCC) for trial.

According to Loremikan, while some of the former detainees were hurriedly charged to court by the Navy and asked EFCC to take charge of other things, the court kept seeking adjournment to study the case file.

He noted that every sitting in court was conducted by a new counsel, alleging that torture had continued to be used as the means of investigation.

He said: “Sometimes the detainees are held in underground cells, blindfolding them without access to their families, lawyers and doctors of their choice.”

The rights activist said facts available to them showed that there was outright violation of Section 34, 35 and 36 of the 1999 Constitution (as amended), explaining that the Nigerian Navy had refused to release Labinjo and the remaining crew members despite court order.

On why they were being held, he said: “At different times, we made efforts as individuals and as an organisation to demand for their offence. Officially, no Navy personnel has communicated to us about what they have done.

“Officially, there is no paper, no record on the offence committed. But unofficially, they told us three versions, the first version is that Capt. Labinjo is too stubborn.

“They said after the Navy has disengaged him, he still wants to stay in service. The second version is that they accused him of involving in piracy.

“That he took his vehicle to the high seas and was caught involved in piracy activities. The third version, they said he does not have licence to operate the vehicle he was arrested with at the seas.”