After lying prostrate for over four decades, President Muhammadu Buhari has given approval for the Ajaokuta Steel Plant to be revived as part of his administration’s deliberate strategy to diversify the economy. Our over-dependence on oil revenue, from all indications, is hurting theeconomy and it cannot last forever. The world is changing due to rapid disruptions in technology and we cannot afford to be left behind; in fact, the train has since left the station. It means we have to adapt to changes taking place in the world for our own good.

If we predict the future correctly, robots will become our personal assistants – talk of machine replacing man — and they will also attend to us in hotels, restaurants, offices, parks, etc, and electric cars will become our constant companion. In Rwanda, drones are being used to deliver medical supplies to tackle COVID-19 disease. Innovation is the name of the game – we have no choice but to play the game according to the rules.

Boss Mustapha, secretary to the government of the federation (SGF), is chair of the Ajaokuta Presidential Project Implementation team while the Minister of Mines and Steel Development, Arc Olamilekan Adegbite, is the alternate chair. At the inauguration of the body, Mustapha said the Buhari administration was keen to make the Ajaokuta Steel Plant West Africa’s largest fully integrated producer of steel and, more importantly, to accelerate the industrialisation in steel-related industries. But come to think of it, how did we end up with a situation whereby a major industrial plant was abandoned for over 40 years? It breaks my heart to know that we allowed such a premium national asset to waste for that long. It’s a shame! However, we still have to thank President Buhari for bringing back the steel plant from the dead.

I’m a strong advocate that we must never give up on Nigeria – in spite of all our problems — because we do not have another country to call our own. Even for those who are dual citizens, Nigeria will always remain their country of birth. There is no place like home, and there is no place like Naija! I understand that the circus show and shenanigans playing out in Abuja over the high profile NDDC scandal is enough to make some of us lose hope in the possibilities of a better Nigeria, but we should not be discouraged – instead, let us continue to be of good cheer! Even then, I cannot in good conscience dismiss the sentiments of those who believe that Nigeria is not worth dying for. In their view, the country does not offer them anything in return in spite of “everything” that we are blessed with which explains the “checking out” syndrome. 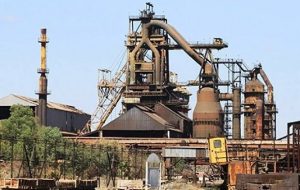 Anyway, let us go down memory lane. A report in www.nairametrics.com indicated that Nigeria has the second largest iron ore deposits in Africa with over two billion tonnes in reserve. With these vast deposits, it is ironic that the Nigerian steel industry is dependent on imports of rolled steel for local production. Poor investments in iron ore extraction and many other structural bottlenecks, according to the report, have hindered the growth of an industry with enormous potential and the industry is still experiencing negative growth: 2018 -0.75%; 2019 -1.33%based on data obtained from the National Bureau of Statistics (NBS). Ajaokuta Steel Plant,located in Kogi State, was founded in 1979 as a response to this challenge. The idea was to accelerate Nigeria’s industrialisation agenda; create jobs and boost our foreign exchange revenue earning potential.

A contract was signed between the federal government and Tyazh Prom Export (TPE) from Russia to carry out feasibility study and initiate the project. By 1979, Ajaokuta Steel Company Limited and Delta Steel Company Limited were established under the National Steel Council Decree. Construction began almost immediately and by 1983, the project had reached 95% completion. Former President Shehu Shagari commissioned the plant and the agreed plan was to fund the remaining 5% of the project using income generated by the company. Since then, after over four decades, Ajaokuta Steel Plant has been in ruins largely due to poor management and several concessions and legal disputes with foreign private companies. I’m sure you are wondering like me how many other projects have also been abandoned like the steel plant.

As part of my fact finding, I also read a report in Premium Times. The report stated that the idea of having a steel industry was conceived in 1958 by the federal government. The market studies were initially directed towards the feasibility of establishing rolling mills. However, because of the growing awareness of the availability of iron ore in Agbaja, Udi and other areas of the country, emphasis later shifted to establishing an integrated steel plant. It has the capacity to become a major producer of industrial machinery, auto-electrical spare parts, ship building, railways and carriages.

A working steel plant is the bedrock of industrialisation of any developing country. Employment generation from the first phase commissioning of the steel plant will yield about 10,000 technical staff. The plant will help expose Nigeria’s industrial metallurgy and economy to the in-house manufacturing of capital goods. The ultimate goal is to serve as Nigeria’s main platform towards becoming an economic and industrialised global power. Once Ajaokuta steel plant starts full operation, it will provide about 500,000 direct and indirect jobs and contribute to visible growth and human capacity building in the economy.

The sustainable operation of the iron and steel industry will have impact on economic growth in other sectors of the economy, such as agriculture, defence, power, transportation, mining, oil and gas, education, manufacturing, communications among others. Without developing our steel industry, Nigeria will continue to export raw steel at a very cheap price and import the finished steel and allied products at exorbitant prices as it is with oil.

Available data indicates that Nigeria imports over N2.3 billion of steel and allied products every year. Our steel industry will therefore be a tangible foreign exchange earner for our fragile economy. In 2016, the Buhari administration settled the pending court case around the project which enabled the federal government to take control and embark on the revival initiative. A bill seeking $1 billion from the Excess Crude Account to fund the completion of the plant was passed by the Eighth Senate but President Buhari rejected the bill.

President Buhari said appropriating $1 billion for the Ajaokuta Steel Company Completion Fund Bill was not the best strategic option for Nigeria due to budgetary constraints, and the nation could not afford to commit such an amount amid competing priorities. Buhari also said the bill which seeks to make an appropriation of revenues to fund public expenditures should be consolidated in the annual Appropriation Act “such that these proposals pass through the traditional scrutiny that budget proposals are subjected to by the Ministry of Finance, Budget and National Planning and the National Assembly”.

It is understandable that the Ninth Senate also wants a quick completion of Ajaokuta Steel Complex. The Senate has asked the federal government to, as a matter of urgency, expedite action towards the completion of the steel complex. It also appealed to the Ministry of Transport to complete Ajaokuta-Okaba rail line to facilitate the operations of Ajaokuta steel plant. These were resolutions adopted by the law makers sequel to the deliberation of a motion titled, “The Ajaokuta Steel Company: A panacea to the diversification of the Nigerian economy” sponsored by Senator Yakubu Oseni representing Kogi Senatorial District.

After the federal government took back control, Ajaokuta steel plant has not produced a singlesheet of steel as at December 2017. The light mills were finally put into operation in 2018 for small scale fabrication and the production of iron rods. Now, how do we move forward? With the implementation team in place, what will be different this time after several failed attempts at privatisation?

According to a dependable source, the Honourable Minister is considering a more holistic approach to resuscitating not only Ajaokuta Steel Company, but also ensuring all the factors of production that feed Ajaokuta inputs are also at optimal conditions. The functionality and operations at Nigerian Iron Ore Mining Company (NIOMCO) is key to ensuring the survival of the steel production process; NIOMCO is therefore part of the scope that is being considered this time around. The same thing applies to the other 13 raw materials needed in the steel production process and as well as the logistics involved in the process (railway lines and other transportation facilities). All these major and minors factors are being accounted for. In addition,competent local content will be involved.

The project, my source continued, will be structured under a Design, Build, Operate and Transfer (DBOT) model. Under this arrangement, a Nigerian government owned entity would be created to retain post commissioning risk, build, operate and transfer of asset at the end of the concession period to government. This arrangement will be done with support from the Russian Consortium through a government to government basis that would culminate in the rehabilitation and modernisation of Ajaokuta steel plant in order to ensure it is fully operational and sustainable.

The Engineering Procurement Construction (EPC) and operations and maintenance contractor that will provide technology and oversee the technology function of the plant will be the Russian original contractors that built the Ajaokuta Steel Plant. There will also be sub-concession arrangement for mining (iron ore, coal, and all other materials), logistics and haulage, and petroleum coke, etc. These are key components across the steel production value chain that would ensure sustainability of the production process of Ajaokuta Steel Plant.

The revival of the steel plant will be supported with funds from Afrexim Bank as well as Russia’s Export Centre to the tune of $1.46 billion. Afrexim Bank will be appointed as Financial Advisor and Mandated Lead Arranger while the Russian government will also provide funding for some aspects of technology modernisation needed to power the plant. The project delivery is in phases which are mainly based on revival of the plant and also ramping up production capacity. The entire process is expected to last for three years and, for now, the strategic partners are Afrexim Bank, the Government of Russian Federation and the original builders of the Ajaokuta Steel Plant, TPE (Tyazh Prom Export).

As noted earlier, accessibility to the plant by road and rail is critical to its survival. The Ministry of Mines and Steel Development, as I found out, intends to work with relevant stakeholders to rehabilitate these national assets. All things being equal, the revival of Ajaokuta steel plant will be completed on schedule. The federal government is committed to the process and since the approach is different this time, we do not expect any ghost from the past to haunt the project.

* Braimah is a PR and marketing strategist based in Lagos 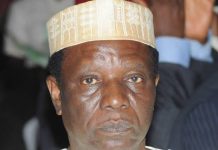