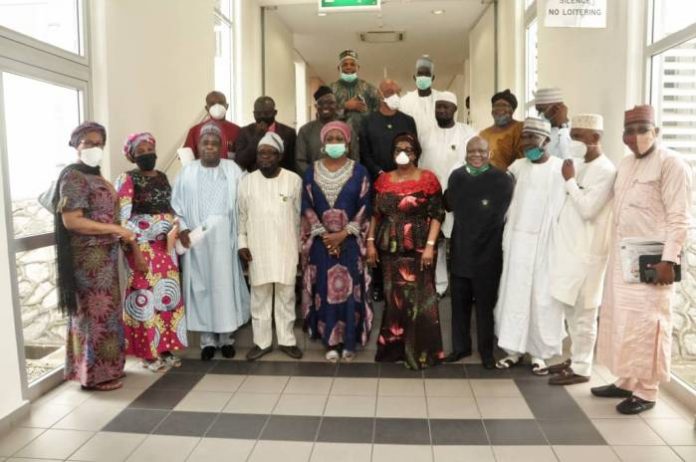 The Chairperson, House of Representatives Committee on Diaspora Affairs, Tolulope Akande-Shadipe, has assured Nigerians living abroad that the committee was working out a template to enable them cast their votes during Elections.

He said the decision followed the increased clamour for Diaspora voting.

Akande-Shadipe who led her committee members on oversight function to the office of the Chairman/CEO Nigerians in the Diaspora Commission (NiDCOM), Mrs. Abike Dabiri-Erewa, in Abuja on Friday, said the House was strategizing on strengthening existing laws through legislative reforms to guarantee voting rights for Nigerians in the Diaspora during general elections in the country.

The Chairperson explained that the Diaspora voting bill was a sensitive matter which required a constitutional amendment whose passage should not be rushed.

The lawmaker said that the nation as a whole should respect the impact and huge contributions the Diasporans are making to the country’s national development, hence the need for them to participate in the homeland electoral process.

While commending the Abike Dabiri-Erewa led NiDCOM for its dynamism despite facing challenges, she assured that the priority of the committee was to assist NiDCOM to achieve its mandate.

READ ALSO: Nigerians In Diaspora Can’t Vote Until We Amend The Constitution – Gbajabiamila

Receiving the committee members in her office, the NIDCOM boss, Dabiri-Erewa thanked them for coming and solicited for their support in helping the Commission to grow.

She listed some future plans of the Commission which included making
the Commission a revenue generating agency, finalising a diaspora policy for the nation and cultural exchange programmes for Nigeria children abroad.

The NiDCOM boss, however, said that due to Covid-19 global pandemic lockdown, remittances to Nigeria from the Diaspora will be greatly affected as global economy has nosedived.

She also stated that the pandemic had affected the annual Diaspora Day slated for July 25, which would still hold through a virtual device where all the stakeholders would hook on.

Dabiri-Erewa appealed to the Committee to help it grow through legislative interventions and enhanced budget to be able to fulfill its mandate and set out objectives.

A press statement signed by the Head, Media and Public Relations Unit, NiDCOM, Abdur-Rahman Balogun said the Friday meeting was the first oversight function carried out by the Committee since inception of the Commission due to its lack of office accommodation.