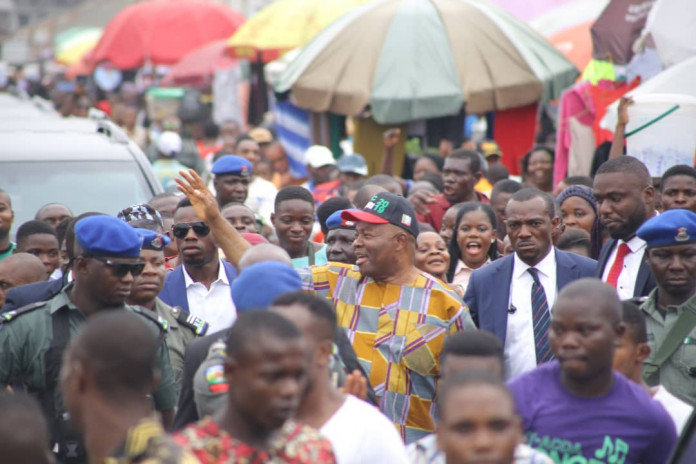 On his way to Ini and Ikono communities for a campaign rally, the Senator whose supporters on sighting him were ecstatic, was forced to take an impromptu decision to walk among his people, and the entire market lit up. 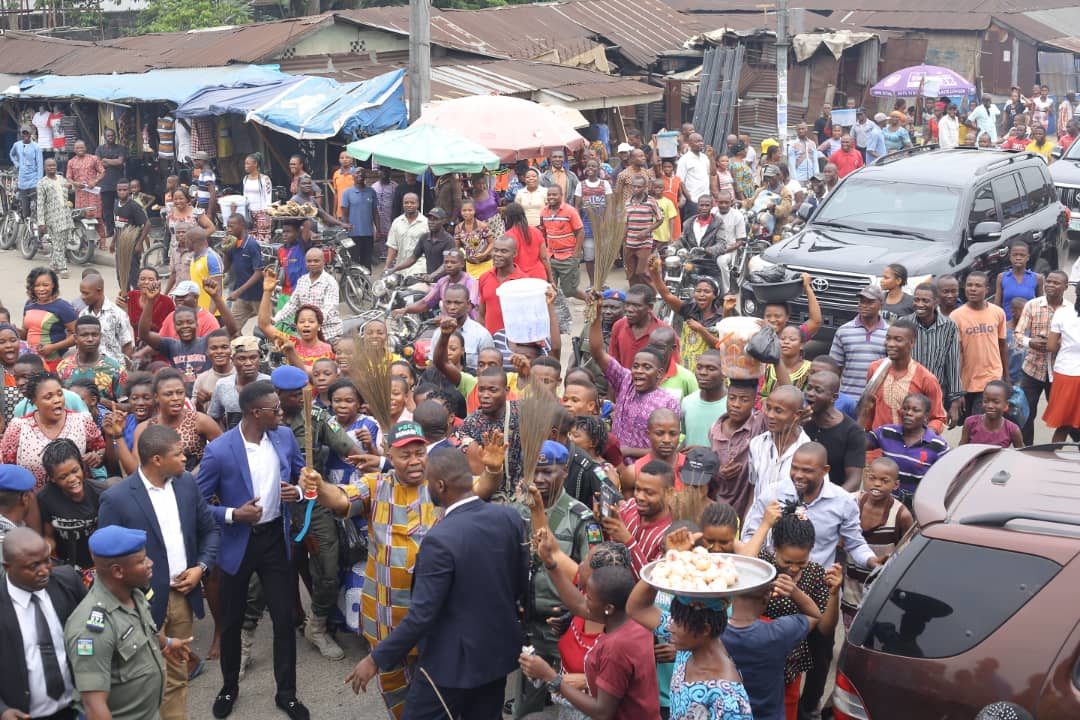 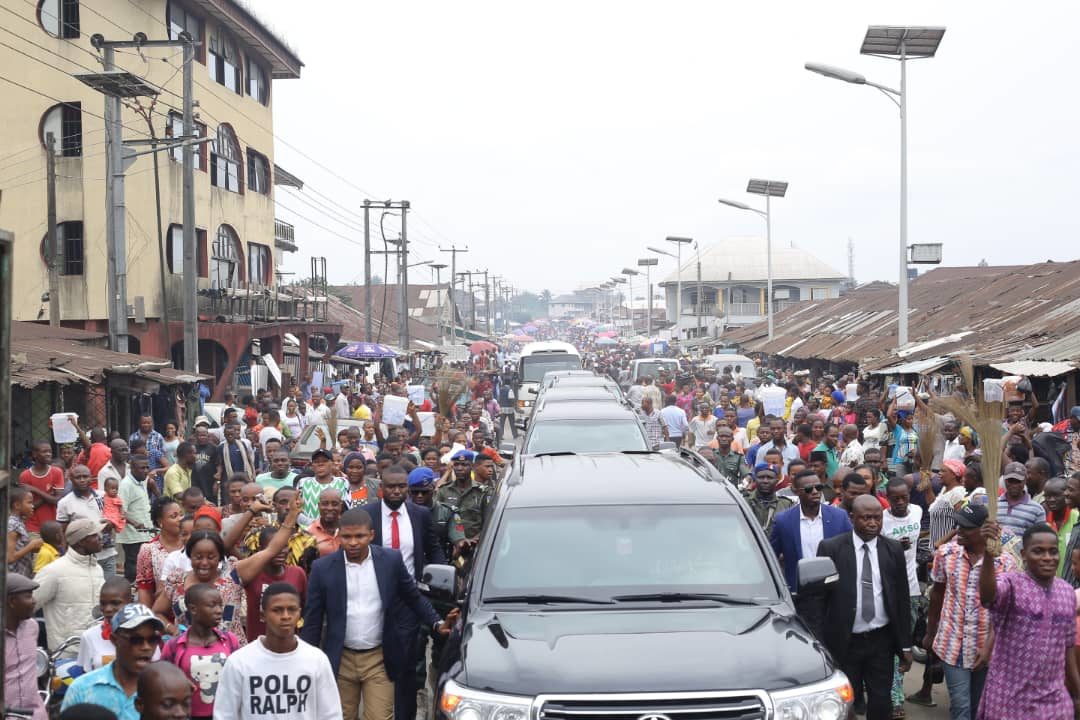