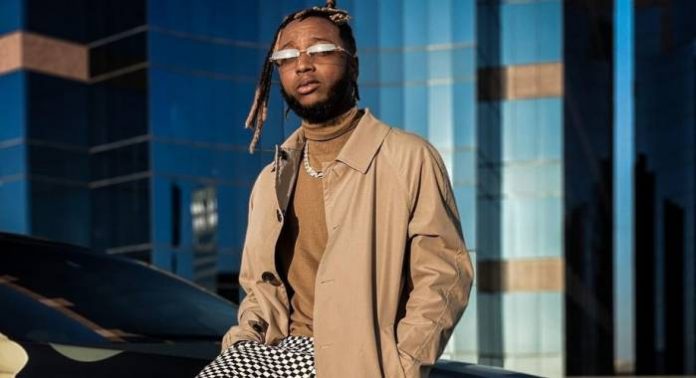 Nigerian rapper, Onome Onokohwomo, also known as Yung6ix has taken to his Instagram page on Monday, May 17, 2021 to reveal that his car had been broken into.

The rapper who is currently in the United States shared the CCTV footage from the incident and said it took place as he was moving to a new apartment.

The music star said he had his whole life in the car as the thief carted away his laptop that had a new album and mixtapes on it, about $5000 to $7000 cash, camera, four iPhones, his PS5, studio and recording equipments.

His video caption reads, “My car got robbed. Had my whole life in that car. My laptop with my new album and mixtape. about $5,000 – $7,000 cash, Black Magic 6k camera, 4 iPhones my ps5 and studio recording equipments while I was moving into my new apartment.”

Yung6ix is a hip hop recording artiste who has associated acts with Naeto C, Phyno, Wizkid, Ice Prince, Davido and other artistes.

He rose to prominence in 2010 after his cover version of Ice Prince’s ‘Oleku’ went viral.