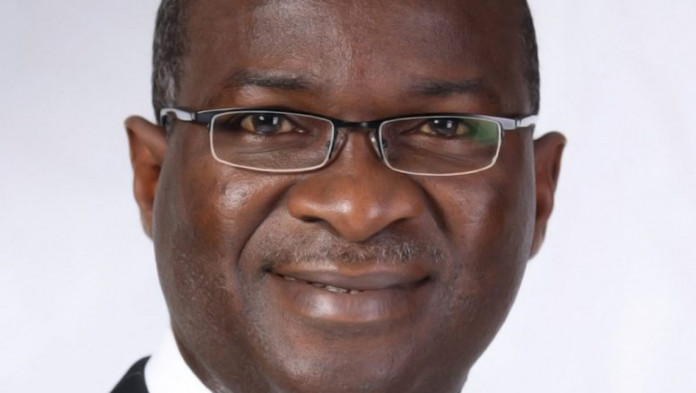 While Mr. Babatunde Raji Fashola was the governor of Lagos State, a few years back, frustrated with the epileptic power supply in the country, he said that any serious government, at the Federal level, should give the citizens electricity 24/7

Today, he is in government at the Federal level and he is charged with ensuring the citizens have electricity as the Minister of Power, Works and Housing. Has he and his ministry done that which he said was very easy to do? Here is the verdict.

Up NEPA!!! That is a phrase that every Nigerian is familiar with. And everyone knows what it signifies. But for those who are not familiar with it, it signifies the return of electricity. Even when the name of the power generating and distribution company had changed from National Electric Power Authority (NEPA) to Power Holding Company of Nigeria (PHCN), one would still hear “Up NEPA” whenever power is restored after an outage.

The importance of electricity to the well-being and prosperity of a people cannot be over emphasized. Some would say that electricity is life because without light or power, life or living becomes a chore, an unpleasant one at that. In a few hours from now, the year 2017 will be confined to the archives.  The question is:  How well has the power sector performed?

While Mr. Babatunde Raji Fashola was the governor of Lagos State, a few years back, frustrated with the epileptic power supply in the country, he said that any serious government, at the Federal level, should give the citizens light 24/7. Today, he is in government at the Federal level and he is charged with ensuring the citizens have light as the Minister of Power, Works and Housing. Has he and his ministry done that which he said was very easy to do?

The Next Edition sought answers from Nigerians.

For Mr. Christian Afor, a resident of Ijesha, Lagos State, the power sector has performed abysmally. His words:  “In my estimation, power supply in Nigeria is nothing to write home about. I don’t know where to start from; is it the epileptic supply of power or the high bill they keep giving? Government has said they should provide prepaid metres to consumers, up till now the metres are yet to go round.

In the high brow areas of Lagos like Ikoyi, Victoria Island, etc, they have prepaid metres but in places like Ijesha, Ilasamaja, Mushin, among others, most of the residents are yet to be given prepaid metres because the PHCN officials know what they are getting with the analogue metres. They don’t even bother with the reading of the metres, rather they sit in their offices and issue crazy estimated bills, meanwhile you are running a generator on a daily basis. When light comes, it will last for about two to three hours and they will take it and at the end of the month, you’ll see a bill.”

Mr. Afor spoke further, “a case in point is Ijesha where I find myself; for three months a good area of Ijesha had no light, but the bills came, ranging from N100, 000 to N300, 000. The PHCN officials said it was accumulated bill, their monthly bill is not less than N15,000. What led to the accumulated bill, according to some residents, is that some PHCN staff were beaten when they came to disconnect light. Residents had complained about the exorbitant bills they were receiving and asking that something be done about it, but they were told by PHCN officials to pay the bill as there was nothing they could do. The residents refused to pay and this led to the fracas between them and the officials which in turn led to the area being deliberately kept in darkness for three months ( July to October).

By mid October while there was no light, they brought a bill of N58 000 for my flat as accumulated bill. By November ending, they brought N100,000 and light was restored for a day. The following day, officials of PHCN came with their ladder to disconnect the building over the unpaid bills. So from July till date, my building and many others have not had light. Some metres have outstanding bill of over N200, 000.”

He told The Next Edition that sometime in the past, he heard in the news about a community in Benin protesting over the bills given them by PHCN even when they had not had light for about six months. Upon complaining to the manager of the distribution company, he asked them to go and pay the bill given to them.

Mr. Afor wondered, “How can you pay for service not used or rendered?” According to him, nobody will refuse to pay their bill if power supply is regular and the bills reasonable.

Ms Eucharia Ogugua, a resident of Kubwa,  Abuja said, “we need and deserve an improvement for the services  we pay for. Government  says increase in tariff is inevitable. That’s fine. But we need regular and steady supply. As for me, I am on prepaid which is better and should  be made available to everyone. I still hear people complain about crazy bills.  I think that analogue system should be done away with. Let it be pay as you go.”

For her, as long as supply of power is not regular, then the sector is not doing well enough.

Mr. Okechukwu Odunze resides in the outskirts of Owerri, the Imo State capital and for him the power sector performance has been below expectations. “The power sector has performed far below par around my area.  We have spent 85% of our power expenses on running generators, meanwhile, more than half the time we have had electricity, the current was so low that you could not run appliances or even pump water.”

According to him, “the fact that we have electricity sparingly, makes it really very difficult to determine how commensurate the bill is to the light supplied.”

And on the proposed increase in tariff, he said “if it will improve the quality and quantity of light transmitted,  then fine, otherwise I do not see the reason for increasing the tariff.”

Mr. Leo Merenini, shared his own experience, “currently I reside at Ilesha, Osun State. I can tell you that the power supply there is wonderful, quite commendable, such that if the light goes off and is not restored within 10 to 15 minutes, you know that something has spoilt somewhere and if you look around you will find PHCN officials with their ladder trying to fix whatever is spoilt.

“If it happens in the evening, the PHCN staff will tell us that if they don’t fix it that evening, it would be done first thing the next day and it usually happens.”

Mr. Merenini said this was the trend in Osun State, not just Ilesha, saying, “It’s so amazing that I live in Nigeria, Osun State, and the light is so steady. It’s just wonderful and I was meant to understand that it’s been like that since the administration of Olagunsoye Oyinlola. What the present government is doing is to maintain the standard. I can’t speak for other states but I live in Lagos, I just work here and it is not the same in Lagos. I think it is different strokes for different folks. In the area where I live in Lagos, Railway Compound, Ebute – Meta, the power supply is not so bad. It is relatively okay now. It is not as bad as it used to be.”

On the type of bill he gets at the end of the month, he said, “where I reside at Ilesha is a new building, there is no metre yet, whether prepaid or analogue. But in Lagos, I am on analogue. The bill may not be so crazy but I have a feeling that I’m being billed more than what I’m using.

For instance, when I moved into the apartment, I was receiving about N30, 000 to N40, 000 per month. When I inquired, I was meant to understand that the former occupants left accumulated bill. When I cleared the debt, my first bill was about N6, 000 which was relatively okay, but as I speak with you, the current bill they brought was N14, 300 and I don’t understand what that is.”

Mrs Mary Ashindoitiang, lives at Fagbile Estate in Ijegun, Lagos State, and according to her, power supply in the area is nothing to write home about. “In my area power supply is very bad. The power sector is not doing well and has not done well at all. As I speak with you we have not had light for five days and it happens like that regularly. Not too long ago, the transformer cables were stolen and each house was levied N5, 000 to replace them. After that, the residents also contributed and fenced the transformer with barbed wires just to prevent the recurrence of such incident.

Presently, we do not have light, we don’t know what the problem is and we don’t know when the light would be restored. We use alternative means to iron clothes like charcoal iron and using iron on gas cooker to straighten our clothes. It just makes life difficult. To go to work, you don’t know what to wear because you have nothing ironed. Let me also add that, there is hardly a day that I don’t use generator in the night. This is because even when PHCN gives us light it can only be during the day.”

In spite of all these, she said her bill at the end of the month ranges between N5, 000 and N6, 000.  “Really, Ikeja distribution which is responsible for our area is not doing well.”

Mrs Ashindoitiang said it would be insensitive on the part of government to increase electricity tariff. She said:  “My opinion on the planned increase on PHCN tariff is that Government is very insensitive. I do not see why someone should pay for “no goods and services.” Instead of government  to distribute prepaid metres and generate revenue from there, they want to tax helpless citizens. This is really sad and unacceptable. How many times do they want to increase this tariff?”

Mr. Afiz Muili resides at Ilasamaja in the Isolo area of Lagos State and operates a cyber cafe at Ilasamaja on the Mushin axis; he responded thus,” I fall under the two companies distributing power in Lagos. Ikeja distribution is responsible for my place of residence and between late last year and early this year, they did relatively well. However, from the middle of the year, all that changed. Presently, we have light between midnight and early morning daily. The rest of the day, there will be no light. Eko distribution which handles the area where my business is located, however, is worse than Ikeja.”

Using three criterion of power supply, charges and customer services as bases for comparison, Mr. Muili said, “in terms of charges, Eko charges more even when there is no light. And their power supply is bad. Talk of customer services, they are poor. If you drop complaint at their offices, they will not treat it.  But generally speaking, PHCN, whether Ikeja or Eko, has not done well. They are not trying. Light is supposed to be constant and we are not getting it.”