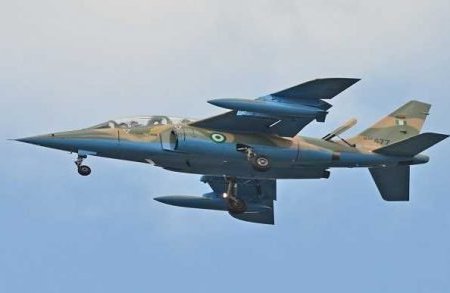 The terrorists were killed when NAF jets bombarded their meeting venue.

According to the Director of Public Relations and Information, Nigerian Air Force, Air Commodore Ibikunle Daramola, in a statement made available to journalists, the operation followed a credible intelligence that the insurgents had assembled for a meeting at their hideout in Kollaram on the fringes of Lake Chad in the Northern part of Borno State.

The statement said, “in continuation of Operation RATTLE SNAKE, the Air Task Force (ATF) of Operation LAFIYA DOLE has neutralized some Islamic State of West Africa Province (ISWAP) fighters as they assembled for a meeting at their hideout in Kollaram on the fringes of Lake Chad in the Northern part of Borno State.

“The operation was executed on 14 December 2019 following credible intelligence reports indicating that some of the ISWAP leaders had assembled for a meeting in one of 2 buildings at the centre of the settlement. The Nigerian Air Force (NAF) jets dispatched by the ATF to attack the location scored accurate hits on the target building completely obliterating it and killing its terrorists’ occupants.

“The NAF, operating in concert with surface forces, will sustain its efforts to completely destroy all remnants of the terrorists in the Northeast.”