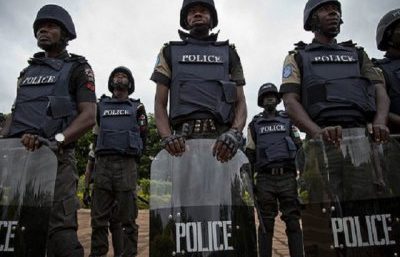 The Police Command in Anambra has rescued Mr. Chimieze Abordike, 28, who was kidnapped at Ilongwodo-Ogidi in Idemili North Local Government Area of the state by a suspected armed robbery gang.

The Command’s Police Public Relations Officer, Mr. Haruna Mohammed, disclosed this in a statement made available to newsmen in Onitsha on Saturday.

Mohammed said the victim was lured through social media (Facebook) into the bush and robbed at gun point.

“On the May 17, at about 6:30 p.m, there was a distress call at the Ogidi police station that a man was abducted and taken to the bush at Ilongwodo Ogidi.

“Following the report, police operatives attached to Ogidi Division and Operation Puff Adder, responded swiftly and rushed to the bush.

“On sighting the police, the hoodlums opened fire, but the team responded thereby forcing the miscreants to jettison their mission and scamper for safety leaving behind the victim,” he said.

Mohammed said before the police intervention, the hoodlums had robbed the victim of N5,000, phone and ATM card, which was used to withdraw N51, 000 from the victim’s bank account while in captivity.

However, he said one Arinze Okorie, 28, of Inyienu-Ogidi was arrested and two machetes were recovered from him.

He added that efforts were on to apprehend other fleeing accomplices in order to bring them to Justice.

NAN recalls that the police intervened in a similar incident on May 3, where Mr. Ikechukwu Emerole, who resided in Owerri was also lured by a female facebook friend to Ogidi.

Emerole was equally robbed of his money and other valuables at gunpoint using similar modus.

In another development, the police said two suspects, Uche Ogbu, and Chinecherem Nweke, who specialised in snatching handbags and handsets from victims using a motorcycle have also been arrested.

Mohammed said the suspects were apprehended on May 17, at about 2:20 p.m, while on routine stop and search operations along Abatete road at Ogidi by police patrol team.

According to him, exhibits recovered from them include a handset they just robbed from a student of Notre-Dame High School Abatete, Miss Nwokolo Mmesoma.

He noted that the suspects would be charged to court for prosecution after investigation.

The police image maker urged members of the public to be wary of strangers and dubious facebook friends in order not to fall victims of similar incidents.