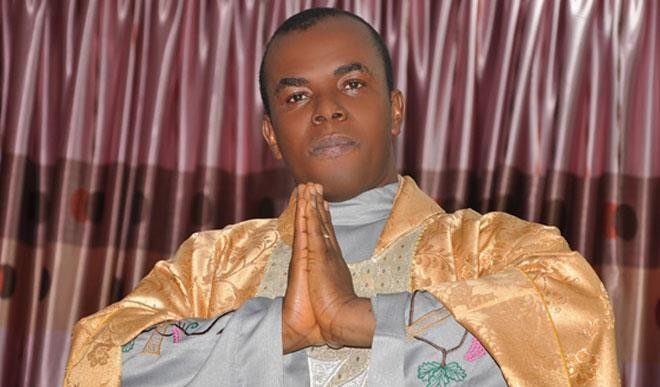 The imposter was said to have defrauded unsuspecting members of the public using Fr. Mbaka’s name.

According to the Fegge Divisional Police Officer, Rabiu Garba, who briefed journalists on the arrest, the development, the suspect who was not named was apprehended on Sunday in Fegge, Onitsha South Local Government Area of Anambra State.

He said the suspect, who was helping the police with their investigation had allegedly swindled a businessman in the area of the sum ofN3m adding that N2m had been recovered from him, while efforts were being made to recover the balance.

In another development, Garba disclosed that detectives have also arrested members of a syndicate, who duped a building materials dealer of N1.2m worth of goods in Ukpor, Nnewi South Local Government Area of Anambra State.