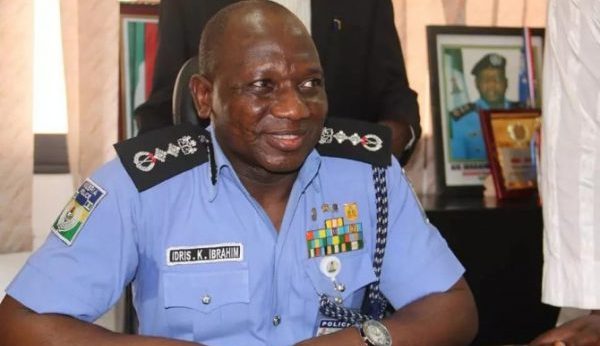 The Nigeria Police Force says it has arrested 31 persons suspected to be involved in armed robbery and kidnapping for ransom on the Abuja-Kaduna Highway.

The Force Spokesman, CSP Jimoh Moshood, who disclosed this at a news conference on Monday in Katari, said the suspects belonged to different criminal gangs.

He added that the arrest was sequel to the deployment of additional police teams on the Kaduna-Abuja road to tackle kidnapping and armed robbery cases.

Moshood said that the teams had made significant achievement since it came on board.

He said that several serviceable AK- 47 rifles used by the suspects to terrorise the communities and commuters were also recovered.

The spokesman said that the suspects had made confessional statements to the police on the various roles each of them played in the commission of the crime.

“We will continue to build on these successes to ensure that crimes that cannot be prevented are promptly detected,” he said.

He said that the police would continue to build on the current successes to ensure that the last kidnapper was removed from the Kaduna-Abuja highway.

He assured all the communities along the route and other parts of the country that the operations would be sustained to curtail crime across the country.

Moshood said that the Inspector-General of Police, Mr Ibrahim Idris, had commended members of the community for their support.

The District Head of Katari, Alhaji Gambo Giwa, who spoke to newsmen, called for the sustenance of surveillance to prevent crimes in the community.

The district comprised of six villages of Bishiri, Rijana, Katari, Aruko and Koronsohuwa.

He said that the community had witnessed so many atrocities including rape, killings and armed robbery unleashed by the suspects.

Gambo said that members of the community were ready to cooperate with the police for the continued provision of security.

“We want the presence of the police to be maintained in this area,” he said.

NAN reports that the police on July 25 commenced ‘Operation Absolute Sanity on the Abuja-Kaduna Highway’.

NAN also reports that the operation is to complement and augment the on-going Joint Police and Military operations on ground before now.

In a related development, the FCT Commissioner of Police, Mr Musa Kimo, has warned a group against its planned protest to block major roads in the territory..

The command’s spokesman, DSP Anjuguri Manzah, said in a statement that Kimo gave the warning on Tuesday.

“Information at the disposal of the FCT Police Command has it that some disgruntled persons have perfected plans to embark on unlawful protest with intent to block major roads in the FCT.

“The Command is hereby warning the group to heed wise counsel and channel its complaints to the appropriate authority,“ he said.

Kimo said that the command would continue to be professional and respect human rights of citizens in carrying out its duties.

He, however, warned that it would not fold its arms and watch any group or groups jeopardise the existing peace in the territory.