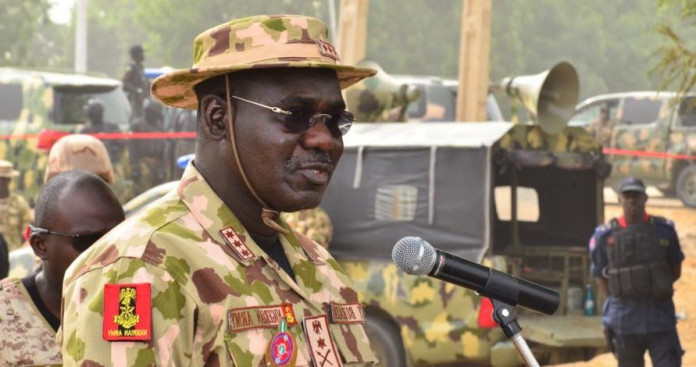 No fewer than three soldiers were killed in Plateau State on Saturday when farmers and herders clashed.

The soldiers who are members of the military task force, Operation Safe Haven (OPSH), were killed while trying to restore peace in Barkinladi area.

The Commander of the task force, Augustine Agundu, who told reporters in Jos about the killing, vowed that those behind the crime would be dealt with.

His words:  “I have lost three men, they were killed in action as a result of this circle of violence that has resurfaced.

“The worst of it is that the proliferation of arms in Plateau is out of magnitude.

“I have locked down Barkinladi, this act will never repeat itself. We have made efforts to reconcile the warring factions but they have remained adamant.

“The message I am sending to all level of leadership is to get their youths to decorum and civility so that the ordinary man and woman in the community could live peacefully. We are determined to return Plateau to its slogan of Home of Peace and Tourism.”