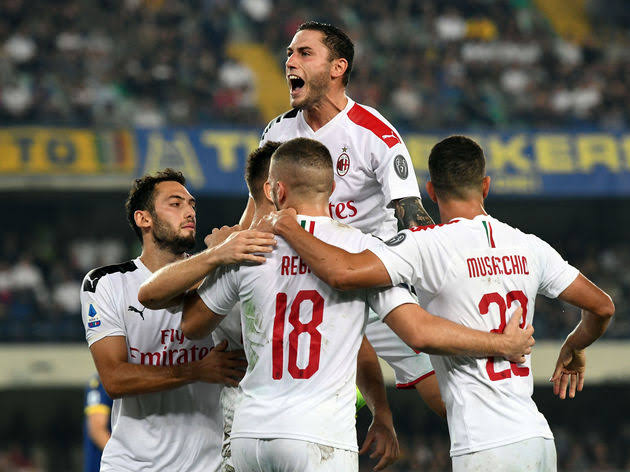 AC Milan’s Krzysztof Piatek returned to the starting line-up and converted the winner with a penalty kick in a hard-fought 1-0 victory at 10-man Hellas Verona in Serie A on Sunday.

The Polish striker was dropped by coach Marco Giampaolo for the win over Brescia before the international break, but he led the line at the Stadio Marc’Antonio Bentegodi and opened his account for the season in a nervy win.

Verona debutant Mariusz Stepinski was shown a straight red card for a high boot after 21 minutes but the promoted hosts put in a spirited performance after going a man down.

Piatek went into the game with one goal in his last nine league appearances, but he made no mistake from the penalty kick spot in the 68th minute after Koray Gunter was penalised for handball.

Davide Calabria was sent off for AC Milan deep in stoppage time but the visitors held on to climb to seventh place on six points, two points ahead of 11th-placed Verona.