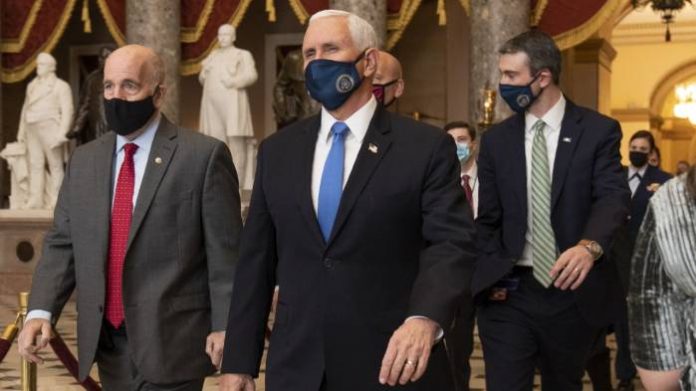 “The violence and destruction taking place at the U.S. Capitol Must Stop and it Must Stop Now,” he tweeted.

“Anyone involved must respect Law Enforcement officers and immediately leave the building,” he added.

In a second post, Pence said “those involved would be prosecuted to the fullest extent of the law.”

Pence was earlier presiding over a joint Congress session to certify the results of the November presidential election.

He had defied Trump’s efforts to overturn his loss, saying he could not claim “unilateral authority” to reject the electoral votes of states that Biden won.

Trump lashed out at Pence afterwards, tweeting that he “didn’t have the courage to do what should have been done to protect our Country and our Constitution.”

Similarly, U.S. President-elect Joe Biden has said that the chaos at the U.S. Capitol “borders on sedition and it must end now.”

Meanwhile, the mayor of the U.S. capital, Muriel Bowser, has issued a 6 p.m. curfew after supporters of President Donald Trump stormed the Capitol building.