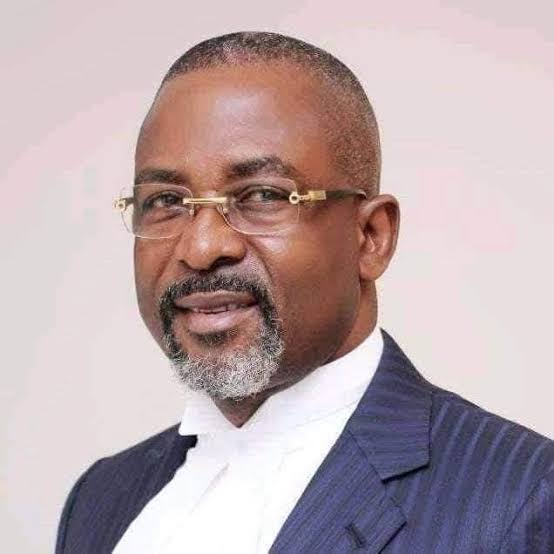 The National Legal Adviser of the Peoples Democratic Party (PDP), Mr. Emmanuel Enoidem, on Monday said powers to remove the party’s National Working Committee (NWC) or any national officer reside only in the party’s national convention.

Enoidem stated this on Monday while reacting to a communique purportedly  issued by nine members of the NWC of the party, after a meeting held in Abuja on Sunday night.

Enoidem said that by Section 29 (3) of the PDP constitution, it is the national chairman or a summon, backed by 2/3 members of the NWC that can validly convene a meeting of the NWC.

He said Subsection (4) of PDP constitution provided for 2/3 members of NWC to form a quorum for a meeting of the NWC.

“As a bona fide member of the NWC, to the best of my knowledge, I am not aware of any meeting of NWC, summoned by the national chairman or in the manner provided aforesaid.

“It is, therefore, of grave concern, and indeed, very sad to read the above position, purportedly taken by some distinguished members of NWC in utter disdain and violation of clear extant provisions of our constitution.

“The issue of resignation of any officer of our party at any level is a personal decision as stipulated in Sections 45(1) & 47(5).

“There is no provision in our constitution which donates powers to any organ, individuals or group of persons to ask an officer of the party to resign for any reason whatsoever, as was purported in the so called press release.

“The powers to remove any member of the NWC and indeed any national officer is reserved in the national convention which is due for December 2021.”

Enoidem said that the said news release was an unfortunate assault and blatant violation of the provisions of PDP constitution, therefore illegal and unconstitutional.

He said the purported meeting was also against the widely published position taken by the Board of Trustees (BOT), calling for peace until a committee set up had deliberated on the controversies.

“This bad press, caused the party at this critical time is most uncalled for, needless and wanton, and must be discontinued if we are mindful of the interest of the party.”

The communiqué issued earlier stated that six out of the nine members of the NWC at the Sunday meeting voted that the PDP National Chairman, Prince Uche Secondus, should resign his position.

According to the communiqué, the nine NWC members at the meeting were the Deputy National Chairman (North), Sen. Suleiman Nazif; the National secretary, Sen. Umar Tsauri, and the National Auditor, Alhaji Mai Adamu Mustapha.

The communiqué had stated that the officers met and deliberated on the matter bedeviling the party.

It stated that the meeting extensively deliberated and agreed that the National chairman Prince Uche Secondus had grossly mismanaged the party.

“The matter of his resignation was put to vote, six members voted that he should resign and three members abstained from voting.”

It listed the six NWC members who voted in favour that Secondus should resign to be Nazif, Mustapher, Udeh- Okoye, Arapaja, Orbih and Odefa.

The communique added that the meeting resolved to forward their resolution to the governors forum, the BOT, the national assembly caucus of both house of reps and the senate.

The NWC members are 18, made up of 12 regular members and six national vice chairmen from the geopolitical zones, and needed two-thirds of the total members to form a quorum. (NAN)