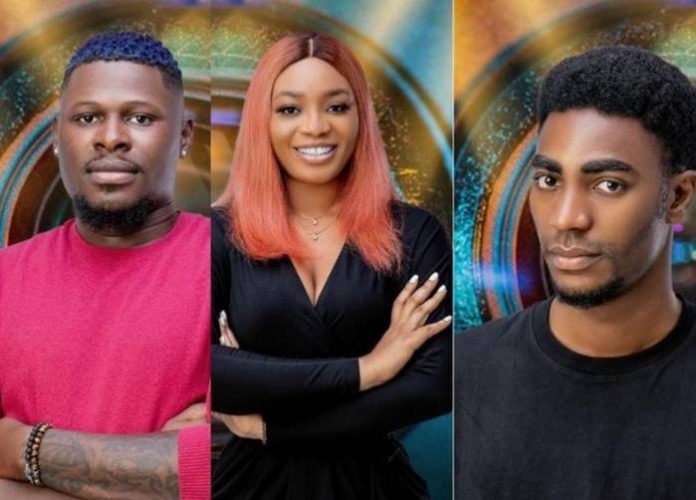 Yerins, Niyi and Beatrice are the first set of housemates to be evicted in this season of the Big Brother Naija show.

This week’s live eviction show on Sunday, August 8, 2021 came with a lot of surprises.

Here are the new housemates:
Michael: Michael us an artist who says he’s bringing excitement to the show. He says he will do anything to win.

Kayvee: Kayvee is a 28-year old photographer from Ogba in Lagos State. He says he is bringing vibes, positive energy and his handsome face to the show.

Jumoke: The Kwara State born lawyer loves to enjoy herself, is bringing positive vibes and also said to watch out for her dance moves.

Queen: The 26 year old philanthropist hails from Akwa Ibom State. She says she loves sleeping naked and the housemates should be wary of her ‘bad mouth.’