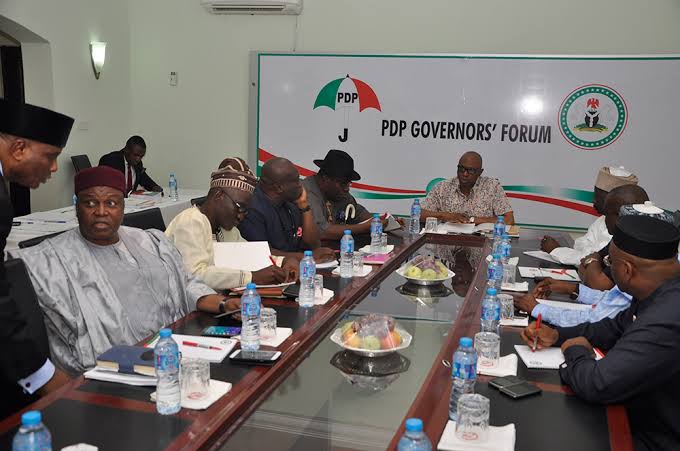 The Peoples Democratic Party Governors’ Forum on Sunday congratulated Gov. Godwin Obaseki on his re-election as the governor of Edo.
Chairman of the Forum and Governor of Sokoto State, Aminu Tambuwal, in a statement issued in Abuja, on Sunday, also commended President Muhammadu Buhari for keeping his word not to interfere in the elections by using state machinery.

Tambuwal described Obaseki’s victory as a testament to the “triumph of justice, a testimony of hardwork, resilience, grit, forward planning, clinical execution and reward for improving the lot of the people of Edo.”

The statement read further: “As the flag bearer of PDP in the election, you validated the well known fact that Edo is truly a PDP-dominated state.

“It is a resounding endorsement by Edo people of your performance in the last four years.

“It is an absolute rejection by ‘Edolites’ of ‘godfatherism’ and imposition of their leaders by forces from outside the state.

“Your election has rekindled the hope of Nigerians, that a free and fair election is still possible in Nigeria.”

Tambuwal, however, advised Obaseki to reciprocate the support of the people by doubling his efforts to sustain good governance and accountability to the people of Edo, whom he noted had invested their trust and confidence in him.

“Even as a PDP governor-elect, we trust that you will govern with fairness to all Edo people irrespective of party affiliation or support for you.

“The Edo people have spoken and democracy has triumphed. It is indeed the will of God.
Its morning again in Edo,” he said.

Tambuwal also commended the Independent National Electoral Commission (INEC), for not allowing itself to be manipulated into subverting the clearly expressed will and wishes of the people of Edo.

He said the PDP governors applauded security agencies “for their fairness and relative neutrality in the conduct of the elections.”

He equally appreciated the “hardwork, dedication and commitment” exhibited by the National Chairman of PDP and member of the National Working Committee, the leadership and members of the Edo chapter of the party, particularly the Edo PDP Campaign Council, led by Gov. Nyesom Wike and other governors of the PDP.

“We also thank our party stalwarts in Edo and other PDP leaders and stakeholders for working together to deliver Edo to PDP,” he added.